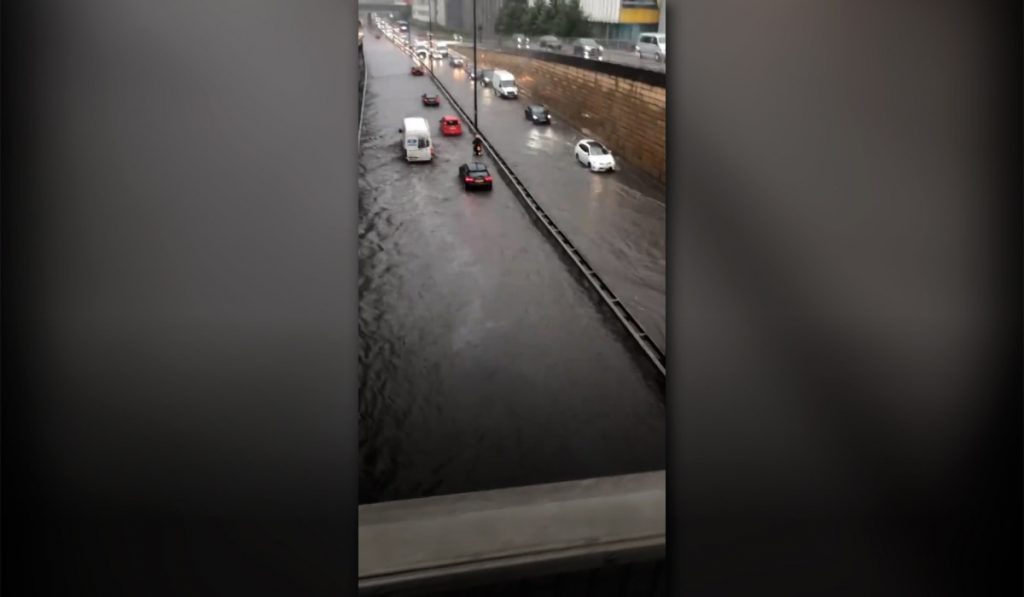 Wednesday, July 14, 2021 at 8:50 am – Extreme levels of flood danger were announced in at least two places, including London and the south of England. In just a few hours, 60 mm of rain had accumulated on Monday, equivalent to a month of rain.

Along with the streets, houses were also submerged. Some citizens ended up with up to a meter of water in their homes. About 120 people had to be shifted to hotels due to the severity of the floods in the area.

Metro stations were also submerged in the floods.

Putney, on the outskirts of London, as well as Chipstead in northeastern Surrey, received more than 31mm in an hour.

The weather will be dry and warm in the coming days. Therefore the situation may return to normal.

London is particularly prone to flooding due to ocean waves and storms. The Thames Barrier, the second largest barrier to flooding, was formed in the lower part of London to prevent flooding. The UK is known for its winter, humid climate. The country often experiences severe rainfall events.