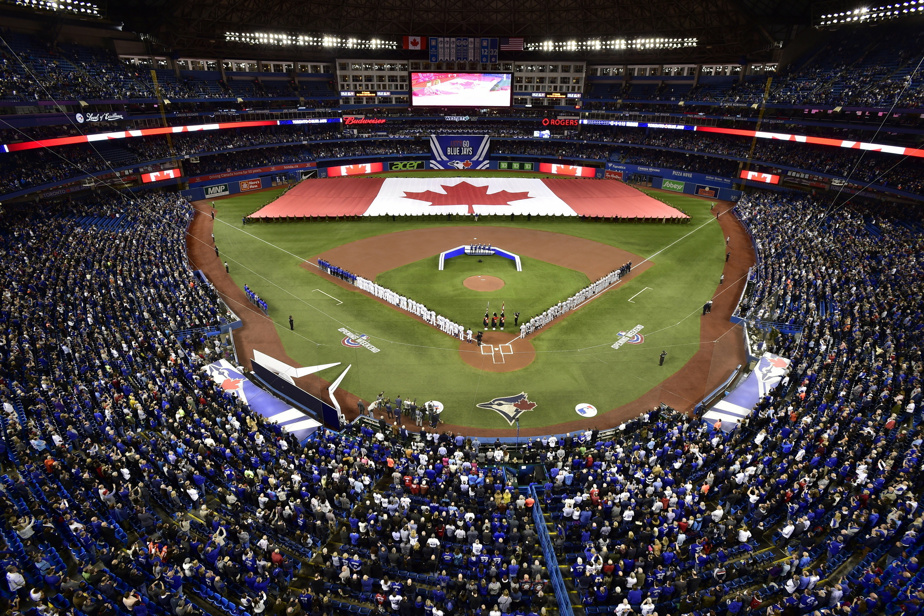 (Toronto) After nearly 700 days in exile in the United States, the Toronto Blue Jays will finally be able to return on July 30.


The Toronto team announced Friday night that the federal government has given them permission to play their own games back at the Rogers Center immediately after the series with the Kansas City Royals on July 30.

The group said in a statement that it had received a national interest waiver from the federal government.

This exception allows players and staff who are still not adequately vaccinated to play games in Canada.

“We haven’t played a home game in 650 days,” pitcher Ryan Boru recalled. So we get a good dose of energy as soon as we leave the locker room. I can’t wait to hear the anthem already. ”

From the beginning of July, fully vaccinated professional athletes with a valid work permit are no longer required to be self-isolated for 14 days upon arrival in Canada. Since all players did not receive their two doses of the COVID-19 vaccine, Major League Baseball had to make an exception, which happened on Friday.

“We are the Toronto Blue Jays so we are excited to be able to introduce this team to the city and the country,” Blue Jays manager Charlie Montoya said after his team’s 10-2 victory over the Rangers. Friday night in Buffalo from Texas.

“Toronto is one of the best cities in baseball and we haven’t been able to go for two years,” the manager said.

Federal Immigration Minister Marco Mendicino said in a statement that the move came after careful consideration of the protocol proposed by major league baseball.

There are important steps in this plan to ensure the safety of players, staff and the public. It starts with tests before and after each arrival, and additional tests four times a week for untested people, ”wrote Minister Mendicino.

“It will be subject to unrestricted detention, will not be allowed to go anywhere except the hotel and stadium and there will be no interaction with the general public.”

A “compliance officer” will also be appointed for each team. This person is responsible for ensuring that the actions imposed are respected.

The minister reminded that people who do not follow the instructions can get fines as per the law on detention.

The team played their own games at Buffalo in the 2020 season before entering their 2021 season in Dunedin, Florida.

In their press release, Blue Jays thanked Canadians for their “unprecedented” efforts during the epidemic.

“Without you, baseball would not be at home this summer,” said the team, thanks to their temporary hospitality in the United States.

“It seeks to underline the efforts and dedication of its players and staff during this period to remind them of the history of the team and their perseverance in the face of its challenges and uncertainties.”

READ  Bruce Arians was disappointed with the attitude of his players

Blue Jays’ first series in Toronto, against the Royals, July 30-31, as well as July 1Is August at the Rogers Center.

The Toronto team will play 11 consecutive games in Canada from July 30 against the Royals, the Cleveland Indians, the Boston Red Sox and the Los Angeles Angels.

In all, before the playoffs, the team could play 36 games at its regular home by the end of the season.

It first communicates with its season subscribers for the distribution of tickets. More information on this will be provided later.