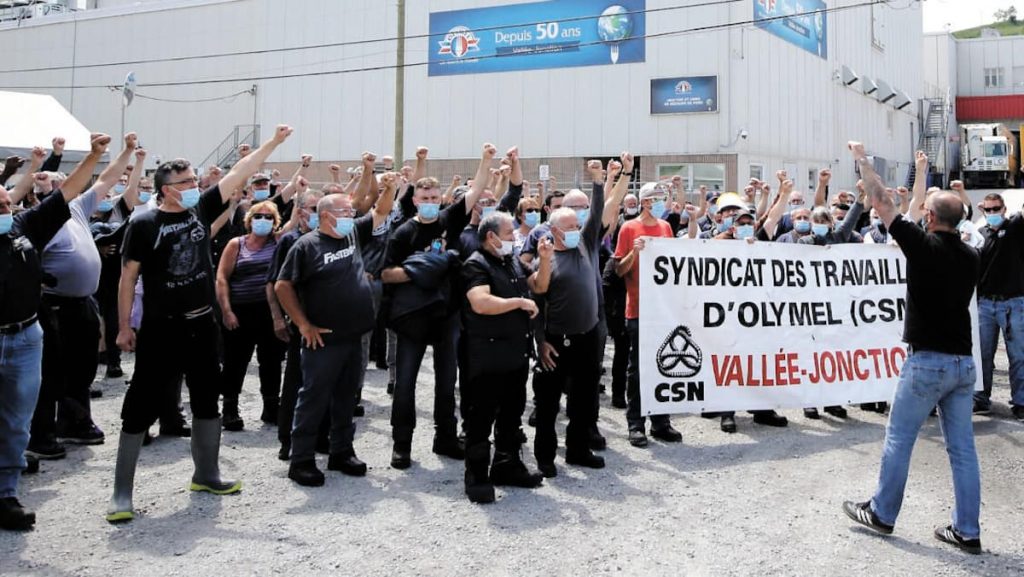 After a 19-day compromise, the strike will continue at the main employer at Wally-Junction in Buses. However, Olimel’s management on Friday accepted a recent proposal from a compromise appointed by the Ministry of Labor.

Also read: The Olympus strikers landed at the Princeville plant

“To our surprise, the union left the table. However, the union said it was ready to settle down.

In a statement, the Olimel ownership said it was “very disappointed and shocked by the attitude of union representatives.” The employer believes that the offer submitted in this dispute, which lasted for 95 days, “has all the elements that both parties can rally” and has the final compromise.

“This is not the time we want, it is not the money supply we want. But to reach a settlement, we have to make final compromises that the union party is not ready to make,” Mr Beauchamp added.

The workers’ union at the Wally-Junction hog slaughter plant was unable to give us an interview on Saturday.

In a statement, union president Martin Maurice confirmed that “Olimel has not filed any new pay proposal for the past two days.”

An information meeting is scheduled for Tuesday morning for union members.

Keep in mind that due to the indefinite strike called on April 28, Olimel pig slaughtering, cutting and boning plant operations at Wally-Junction have come to a standstill. The main sticking points in the negotiations were working hours, wages and the duration of the collective agreement.

Sylvain Roy, owner of a local grocery store, said in an interview that he would experience the consequences of disrupting operations at the plant, which employs more than 1,000 workers. However, he noted that the regulars are still there.

READ  Cemetery: The promoter backs down in the face of citizen pressure

“It changed the traffic a little bit. We have morning, it’s noon, it’s a little after noon. People are picketing for fast food, sandwiches, salads and hot bread.

Other businesses had to adapt. It specializes in convenience stores that are very close to the plant. As there is no longer an evening shift, the company will now be closed from Sunday to Wednesday at 9pm rather than 11pm.