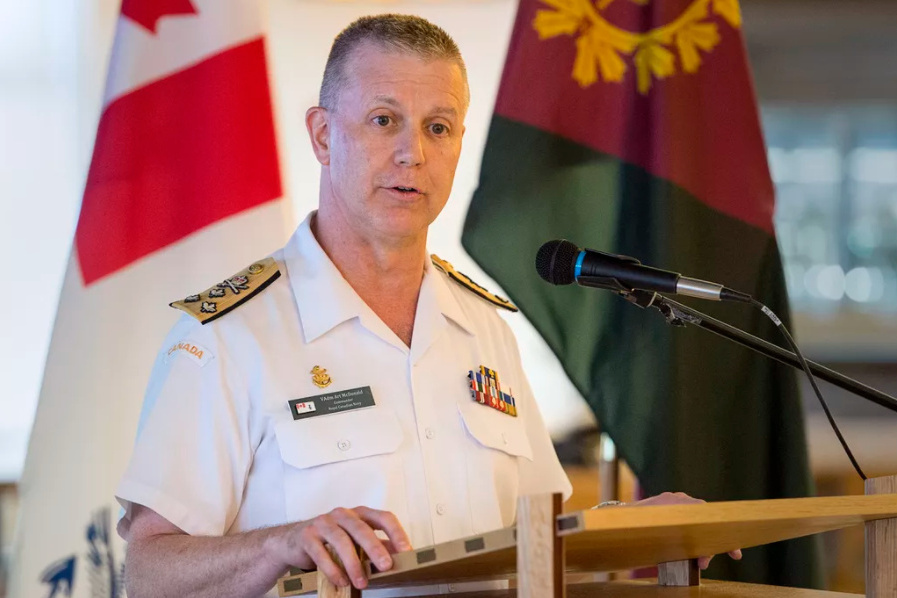 (Ottawa) A six-month investigation into the conduct of Admiral Art McDonald, Canada’s top military officer, has ended without any charges.


Provost Marshal and Brigadier General Simon Trudeau made the announcement in a statement Thursday evening.

Simon Trudeau military police identified and interviewed a large number of potential witnesses and concluded that there was not enough evidence to push the charges.

“The Canadian Forces National Investigation Service (CFNIS) was able to identify and interview a large number of potential witnesses,” said Simon Trudeau. “The evidence gathered from these witnesses led to the final decision that the witnesses did not support the indictment.”

The decision paves the way for him to return to his post as commander of the Canadian Armed Forces after resigning voluntarily in February following the revelation of the Army McDonald Military Police investigation.

But the involvement of senior officers is likely to provoke new questions about the military’s ability to properly deal with allegations of misconduct.

Art McDonald announced his voluntary resignation in February, five weeks after taking over as commander of the Canadian Armed Forces.

The nature of the allegations against him have not been publicly confirmed, but the CBC reported in February that he had been accused of sexual misconduct since leading the Canadian warship in 2010.

Lieutenant Heather McDonald, a naval combat systems engineer, was behind the allegations against Art McDonald, Global News reported. Heather McDonald wrote Friday that she was upset with the military police decision, Global said.

“I’m not surprised, because I did not want to come forward and why so many survivors did not come forward. It’s not worth the shot. I feel like I ‘ve experienced hell without anything,” Heather McDonald said.

“I feel like I’ve been hit in the stomach.”

In his statement, Simon Trudeau emphasized the independence of military police investigators: “CFNIS conducts its investigations independently and in a completely professional manner. ”

He said further information would not be provided.

Art did not immediately respond to requests for comment from McDonald’s.

Jonathan Vance pleaded not guilty and his case was referred to civil court.

The allegations against Jonathan Vance, Art McDonald and other senior officers have prompted the Canadian Armed Forces to reconsider sexual misconduct in the military, which includes months of parliamentary inquiries and promises of action from the government and the military.

Concerns that top-level officials are being treated less harshly than those at the bottom of the ladder are the source of much of the crisis of questions of fairness and accountability in how the military deals with such allegations.

These concerns are similar to the report of retired Supreme Court Judge Morris Fish in June, which stated that it is legally impossible for the Court-Marshal’s Supreme Commander of Canada to resolve criminal cases through the civil system.

The government has also asked retired Supreme Court Justice Louis Arbor to review specific recommendations on how to deal with sexual harassment, harassment and other misconduct in the ranks.