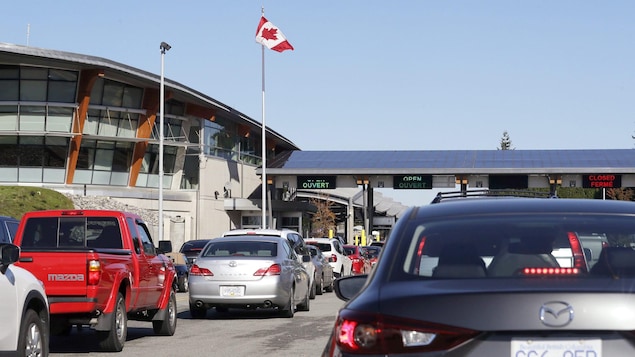 To cross Canadian borders and avoid 14-day detention after entering the country, American travelers must obtain a second dose of the vaccine approved by Health Canada at least two weeks before arrival.

Denise Vinet, vice president of the Travel Directorate of the Canada Border Services Agency, said the company had learned a lot when it allowed Canadian citizens who had been properly vaccinated last month to return to the country.

We found that many travelers mistakenly believe that they have met all the vaccine requirements, He explains. First, 14 days have not elapsed since receiving their second dose. Second, Many people who have received a vaccine other than the Health Canada vaccine are considered to be exempt from compulsory requirements.

I hope so, but since the vaccines given in the United States have been approved by the Canadian authorities, I hope it will be less of an issue., He guessed.

Furthermore, travelers wishing to enter Canada must provide negative COVID-19 test results taken within 72 hours. They may also be randomly selected for a test conducted by the government as soon as they cross the border.

Test If the test returns positive, the affected traveler must return to the United States or undergo a 14-day detention.

Keep in mind that Canadian travelers must not cross the land border into the United States before at least August 21st. However, they could have reached there by plane since the outbreak began.

This reopening is equivalent to COVID-19 infections and hospitalization due to disease south of the border due to the highly contagious delta variant. For the first time since February, the United States recorded On average more than 100,000 new cases per day.

Paramedics transport a person infected with COVID-19 to a hospital in Florida.

According to the Centers for Disease Control and Prevention (CDC), nearly four times as many Americans are now hospitalized with COVID-19 than in June.

According to Benoit Barbeau, Professor in the Department of Biological SciencesUQAMUniversity of Quebec in Montreal And is an expert in virology, although the data across the United States needs to be changed contextually.

What is reassuring is that there is a large increase in infections, especially in the United States Midwest And in the south, And not in the border states of Canada, he noted.

Florida has the highest number of new infections, Then Texas.

There may be cases of new infections, but I do not believe it will contribute much to the increase we are seeing in Canada at this time.

Health officials, however, should be vigilant, Mr Barbio said, but the sanctions imposed on land travelers are adequate. Serious To avoid garbage.

However Canada is in a favorable position, not only in the case of infectious cases, at present, in the case of vaccination, we still have a lot more coverage., He also argued.

Tourists not vaccinated by air

Restrictions have not changed only at the land border. Non-vaccinated passengers who board a flight into Canada are no longer required to spend the first three days of their detention in a government-designated hotel.

However, they must be detained for 14 days to submit a valid negative screening test within 72 days of the first and eighth day of entry into the country.

American travelers, whether vaccinated or not, can reach the country by air, but they must meet a number of requirements (records).

For children who have not been vaccinated before the age of 12, they no longer need to be detained for 14 days if they are with fully vaccinated parents.

So they can travel with their parents, but should stay away from places like holiday camps or daycare centers 14 days after they arrive. They should also undergo screening tests on the first and eighth day.

Ottawa plans to reopen the Canadian border on September 7 for fully vaccinated travelers from all countries.

According to Dr. Theresa Tom, chief administrator of the Canadian Public Health Agency, this date could be changed if the health condition deteriorates.

We will act carefully and systematically to reopen the borderMs. Tom said Thursday. If we see significant concerns, in fact we may change accordingly.

However, vaccinated passengers were considered low-risk, she said.