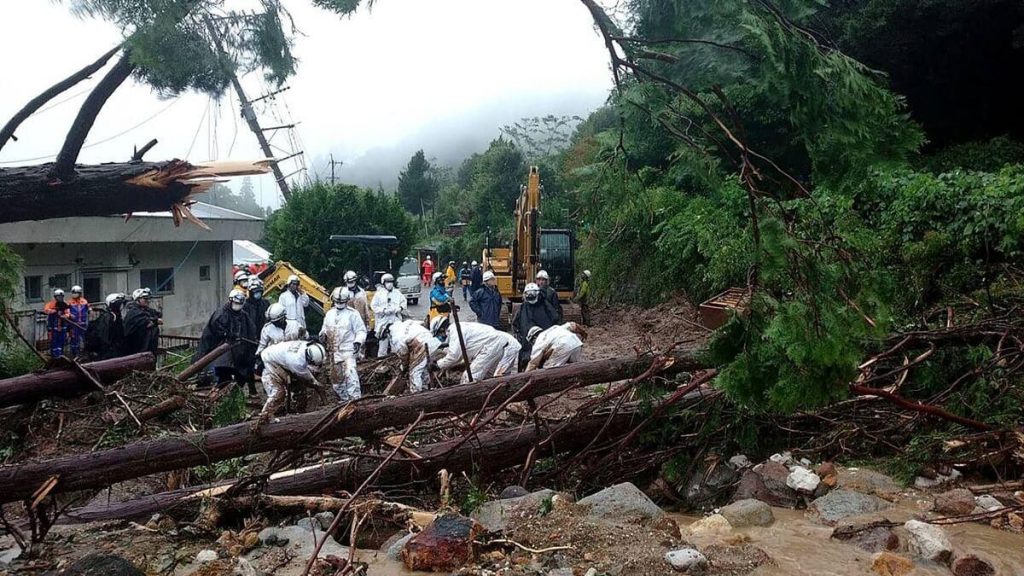 Hiroshima Department officials and Kyushu have issued high-level warnings north of the island.

As part of the warning, which is not mandatory, the public channel NHK reported that nearly 1.4 million residents were invited to leave their homes immediately.

The Japanese Meteorological Agency JMA said it was raining like never before in the region.

TV footage shows people rescued from lifeboats on the sinking streets of the town of Kurume (Fukuoka Prefecture) as mud begins to overflow in the nearby Saga Prefecture.

According to a local official, a 59-year-old woman was killed and two members of her family were trapped in a landslide in two houses in Angen (Nagasaki Prefecture, southwestern Japan).

“More than 150 soldiers, police and firefighters were sent to take part in the rescue operation,” the official, Takumi Kumasaki, told AFP.

“They are looking for missing people. Landslides are likely to break when heavy rains fall,” he said.

Heavy rain is expected in Japan for several days.

“Maximum warning is required even in areas where the risk of landslides and floods is generally not high,” he said.

In early July, heavy rains caused a devastating mudslide in the resort town of Atami, about 100 kilometers west of Tokyo, killing 23 people and leaving four missing.

In July 2020, more than 80 people died and disappeared in record-breaking floods in southwestern Japan. Two years ago, more than 200 people were killed in violent floods in the western part of the country.