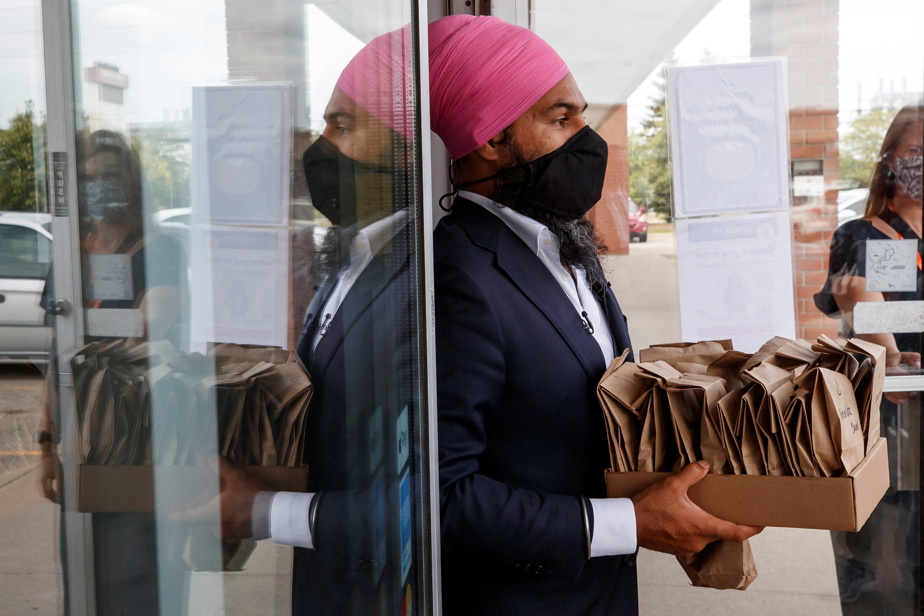 (Toronto) Echoing the NDP’s rhetoric that “ultra-rich” should pay more, Jagmeet Singh on Monday vowed to pay back to CEOs who received emergency wage subsidies during the epidemic.

On Monday, the first full day of the election campaign, Mr Singh did not specify the terms of the commitment. However, he argues that any emergency wage subsidies given to business leaders will be spent on providing services and supporting families in need.

“If the NDP government seeks to misuse the system, take public money and pay dividends to its shareholders or increase executive compensation, we are going to stop it,” Mr Singh, who is campaigning in Toronto, said Monday. “We’re going to make sure they pay it back, then we can reinvest it for the citizens.”

Singh spoke about how big box businesses thrive and small businesses are affected by health restrictions, while the campaign stops on a shopping street in the Danforth neighborhood in Toronto.

“We want to make sure that Ultrarich pays their fair share, that these big companies pay their fair share so that we can invest in support of small businesses,” Singh said.

When asked how he researches and demands such refunds, Singh said there are many tools available to the government.

“All in all, Canadians see hundreds of great companies taking public money and then paying dividends to their shareholders,” he said. Canadians saw this and said, “Well, we fought. When workers are in trouble, why is Justin Trudeau avoiding rich companies by abusing the system? “.”

Mr Singh said the money recovered would go to the New Democratic Party’s top priorities: health care, including mental health, insurance and dental coverage. But he did not anticipate that the party would recover from leaders and businesses.

“The Parliamentary Budget Office has seen some of our actions, including the wealth tax, and estimates that we could raise up to $ 10 billion a year from one of the proposed measures,” Mr Singh said. “So we have a lot of ways to make sure it doesn’t fall on you or your family, on workers, on small businesses,” he continued.

Speaking to the media and supporters on Monday, Singh sometimes struggled to be heard as he was helped by a handful of unruly protesters under one banner. Riding, once represented by former leader Jack Layton, was conquered in 2015 by liberals.

The NDP leader traveled to Brampton, where he was warmly greeted by his brother Gurratan Singh, who represents Provincial Riding in Queens Park. Jagmeet Singh stopped for dinner at his favorite Italian restaurant, just a few doors down from his former constituency office when he was a former Member of Parliament.

Mr. Singh traveled to Vancouver, where he will continue his campaign on Tuesday.