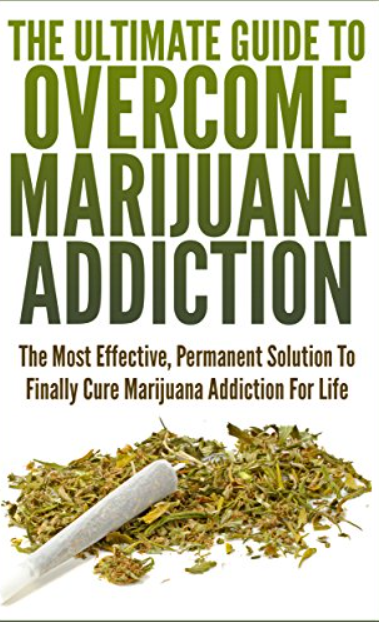 Though marijuana smoking is allowed in certain countries, most individuals do not want to worry about the potential adverse effects of addiction to this substance. Marijuana has bodily effects, such as potential cardiac problems and an increased chance of having psychotic episodes. That isn’t to state that this drug doesn’t have its medicinal and recreational use.

The question is not whether marijuana is a viable medication or not. The issue at hand is the proper way to use marijuana, which has many people agitated. When THC binds to THC receptors in the brain, it causes euphoric, psychedelic, and even paranoid effects. Marijuana addicts are affected by this, as well as withdrawal symptoms.

Marijuana Abuse – What It Is

Marijuana abuse is defined as the uncontrolled use or dependence on marijuana. A person who suffers from this condition finds it difficult to curtail its use. Symptoms of abuse and addiction might differ from person to person, depending on genetics and usage rate. Some of thesymptoms are momentary, but others are chronic and possibly harmful.

Marijuana Addiction – Why It Is Dangerous

Marijuana is the most widely used illegal substance, and its usage has been steadily growing for decades. There is much dispute about what marijuana does to the body, but one thing is certain: marijuana addiction may have a significant impact on both mental and physical health.

On the other hand, marijuana can also help relieve symptoms of numerous mental and physical illnesses including chronic pain, anxiety, and post-traumatic stress disorder (PTSD). So, what is the right side of this equation? Let’s examine its constituent. Marijuana contains THC, a chemical related to anandamide — a natural chemical produced in the brain.

READ  What are the health risks of virtual reality?

Heavy marijuana users’ brains cease to produce anandamide, a neurotransmitter that transmits information between nerve cells. Rather, they rely on Tetrahydrocannabinol (THC). One-third of marijuana users suffer from marijuana use disorder.

Most marijuana users are bound to experience varying symptoms, some of which include:

Severe cases of this addiction include a weak immune system, damaged lungs, cardiac issues, and learning difficulties. Users may become worried, paranoid, depressed, and suicidal. They may even exhibit signs of schizophrenia.

Often, marijuana use disorders are frequently associated with other disorders, like alcoholism and drug abuse. People with multiple conditions require behavioural therapy and medication treatment to alleviate dependency. These treatment options include:

Marijuana withdrawal symptoms are comparable to those linked to quitting nicotine, although they are not as severe as those associated with other narcotics. As a result, it is recommended that patients do not attempt detoxing without the assistance of a specialist. Detoxing helps the body to get rid of the toxins, while these patients undergo other treatments. During this period, they may experience:

This counselling approach helps marijuana addiction patients overcome their fears about receiving medication and quitting marijuana use. MET isn’t designed to take them through the healing process step by step. Its goal is to elicit quick and internally motivated improvement. An addiction rehab centre has a therapist available to give the patients an initial assessment battery session. After this session comes individual treatment sessions that may last up to four times.

READ  CHPF’s “shock” film to call the state for help

The therapist gives feedback, following the initial therapy session. This professional also addresses numerous aspects of addiction and abuse throughout the discussion. Patients are subsequently given self-motivational remarks and coping strategies that help them stay on track while recovering. Further sessions centre on the evaluation of cessation techniques being utilized.

The addiction rehab centre ensures that the patients adhere to recommended therapies and coping methods provided. Each session allows patients to bring a family member, preferably a spouse, with them.

Cognitive-behavioural therapy, or CBT, is a form of talk-based treatment that focuses on modifying behaviours, thoughts and feelings to help people cope, especially in the context of personal issues, addiction, panic disorders, and eating disorders. Marijuana addiction patients can learn how to recognize and rectify problematic behaviours in order to improve self-control, quit substance abuse, and end other harmful behaviours.

This comprehensive programme of education, practice, and measurement helps patients understand and make healthy decisions about cannabis. It gives them tools to look at their values and use them to improve self-regulation. Patients practise problem-solving and behavioural adaptations, using steps to decrease cravings and manage unpleasant symptoms.

Contingency management is a behaviour-based, goal-oriented management approach that relies on behavioural contingencies to influence patterns of desired behaviours. It is a widely-used treatment approach for different disorders, including marijuana addiction. It is intended to teach patients to self-monitor, control their behaviour, and understand its consequence.

Marijuana addiction patients can take advantage of the 12-step approach to address several aspects of their lives, including health, spiritual, and cognitive. Such programs include Narcotics Anonymous (NA), Alcoholics Anonymous (AA), to mention a few. Patients undergoing these programs are encouraged to be present for each meeting.

READ  How did Ontario Become Canada’s Main Entertainment Hub ahead of Quebec and British Columbia?

This approach is used by marijuana addiction treatment centres to treat individuals in general. It includes details such as behaviour, emotions, and relationships, all while emphasising the need for a good counsellor-patient relationship. The matrix model’s objective is to assist these people in living a more orderly lifestyle.

In other words, it guarantees that everyday life has a definite framework. People may take control of their actions and prevent circumstances that encourage harmful habits with this in place. Drug screening, relapse prevention treatment, skill-building, family therapy, support groups, and other aspects of the programme are included.

Although the research is still ongoing, there is enough evidence to suggest that marijuana addiction is a real disorder. Although several treatment programs are available to help patients overcome this disorder, people must be aware of the potential dangers of the drug and abstain from using it excessively to avoid addiction and abuse. This might not be an easy task, but when one considers the adverse effects of marijuana addiction, abstinence becomes the best alternative.