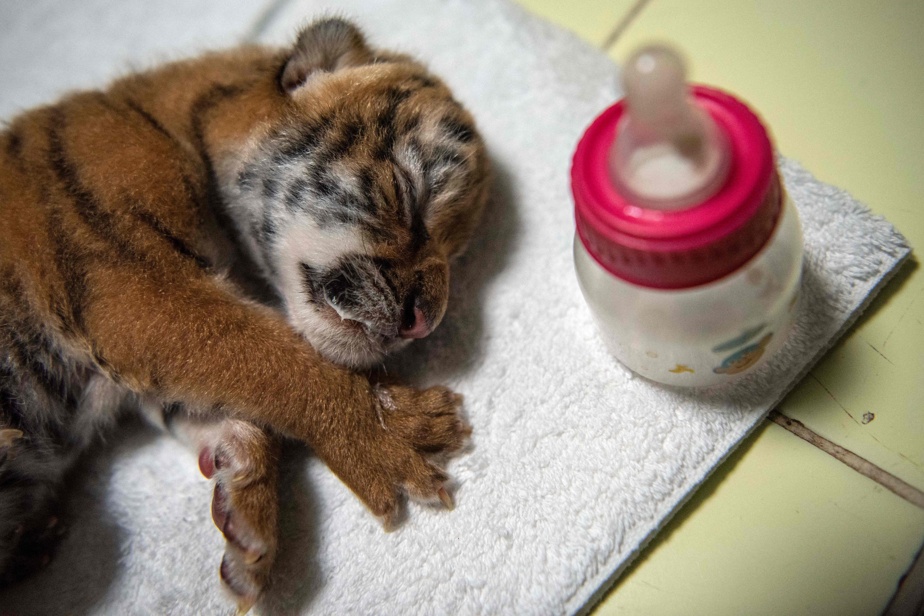 (Masaya) A small Bengal tiger, an endangered species, was born on Saturday at the Nicaragua National Zoo and needs special care because her mother has no milk to feed, the zoo director announced Tuesday, Eduardo Sakasa.


It is the fourth tiger to be born in captivity at the Nicaraguan National Zoo in Masaya, about 30 kilometers south of the capital Managua.

The four-day-old tiger, which has not yet been named, was “fed a special cat’s milk,” Sakasa said.

“She is very soft. We are taking care of her to keep her alive: this is a difficult step because she did not suck the colostrum (first mother’s milk) for her natural protection”, the zoo director underlined.

Her mother, Dalila, gave birth to a small white tiger in December, but the baptized “Neve” (snow) died two weeks later, despite careful care with a respiratory problem.

There are two other tigers at the Nicaraguan National Zoo that have given birth to each other. For Mr. Sakasa, the hope is to turn his establishment into a “genetic center” for the protection of species.

The Bengal tiger is on the International Union for Conservation of Nature’s (IUCN) Red List of endangered species in Asia due to poaching and deforestation.