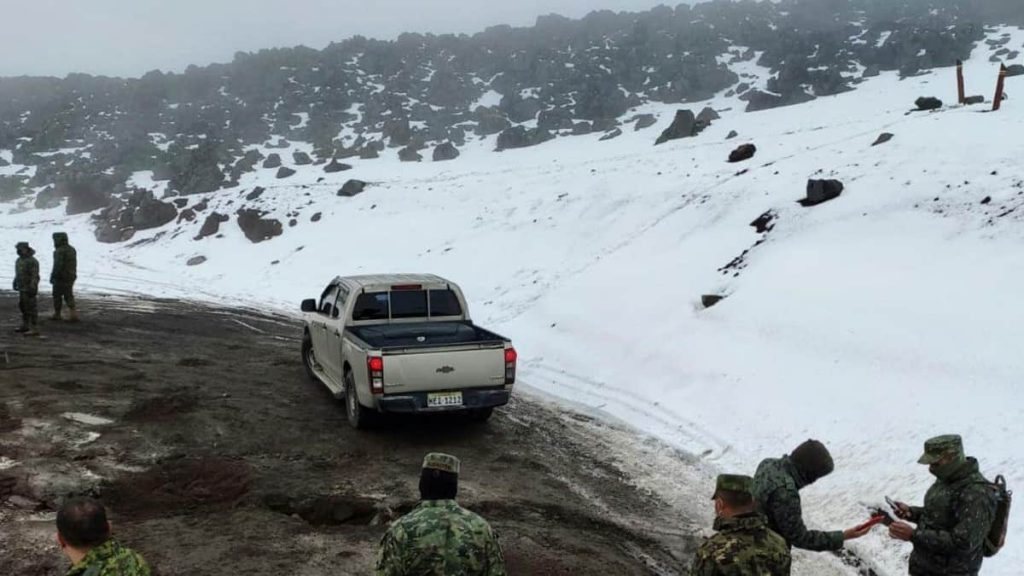 Four people have been killed and a fifth injured in an avalanche in the snow-capped volcano Chimborazo (center) in Ecuador, emergency services said Sunday.

“We are confirming that four people have been killed and another injured,” auxiliary officials said, noting that a total of twelve people were trapped in the avalanche.

“The avalanche occurred at an altitude of 6,100 meters above sea level when a group climbed the snow-covered Chimborazo,” they said in a statement.

“Basic information shows a group of twelve,” they said.

At its foot are the towns of Riobamba and Ambato (the capitals of Chimborazo and Tungurahua provinces).

Police and soldiers skilled in high-altitude operations, as well as rescuers, traveled to Chimborazo, where authorities set up a unified command post to coordinate relief efforts.

The Ecuadorian Ministry of Environment has ordered the temporary closure of the Chimborazo Nature Reserve, which is frequently visited by tourists.

The device hit the Chimborazo wall and hid in the snow after the avalanche until it was found by climbers 700 meters from the summit.

In 1994, an avalanche in Chimborazo killed ten people, including six French and one Swiss.