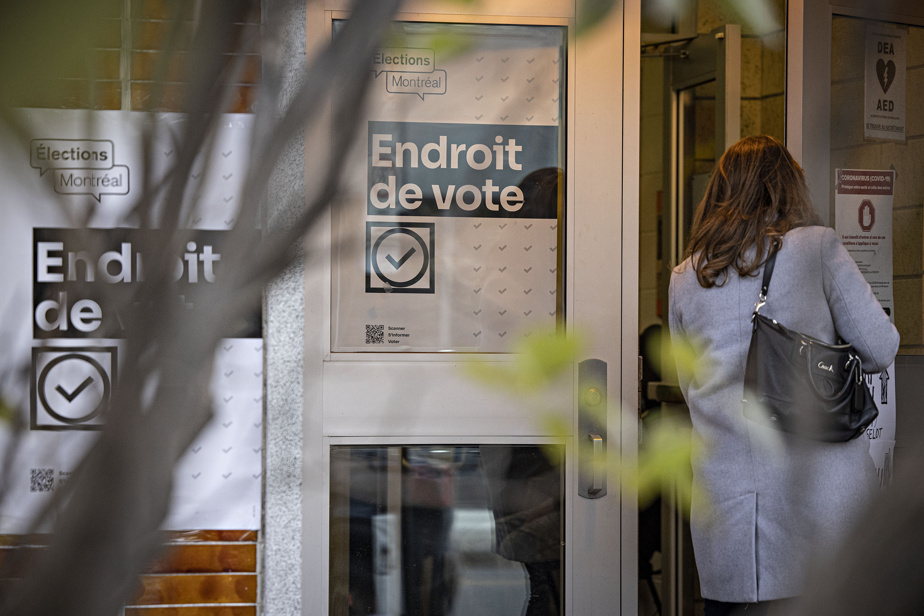 Municipal elections provoke less interest in Montreal: only 34.84% turn out to go to polls after Sunday’s poll.

At the time of publication, 3,653 polling stations were counted out of a total of 3,930 polling stations, with Montreal’s voting percentage reaching 34.84% in the election.

“When the rate is less than 50%, it’s still a bit disappointing when you consider all the efforts made by teams from Elections Montreal and elsewhere,” Andre said. Chappell, election Montreal representative.

It is very rare for the turnout to cross 50% in municipal elections, Mr Chaplin stressed.

This is a search we are also making in all Quebec municipalities. Unfortunately, municipal elections are of the greatest concern to us as citizens.

21.8% of the voters who expressed themselves in this municipal election voted in advance.

The participation rate in Quebec has also dropped. In all, 44.89% of the citizens in the municipality exercised their right to vote, up from 50.86% in 2017, according to figures released late Sunday evening.

On Sunday there was calm at the Montreal polling stations, which were set to close at 8pm, just minutes before they were to close. There is no need to wait until about 7:40 am before going to the polling booth at the polling station in Amid Ahmed St.-Henry Sector.

“If you want to get what you want, you have to vote for the right person,” Victor-Roussell said at the end of school. “If there are terms that are kept negative, it is our fault [si] We did not vote, ”he continued.

Severine Girox and her spouse, Ronald Pierre-Charles, were also able to cast their ballots at St. Anne’s School in Rosemont-La Petit-Patrie Borough on Sunday afternoon. He said couples with two children needed to exercise their right to vote Tap, At the exit from the polling station.

“Since I was of voting age, I always voted,” Pierre-Charles said. He emphasized the need to focus on Valerie Plante, the head of Project Montreal. “I’m not 100% committed to the program, but if I have two programs to compare, it’s Project Montreal. [que je préférais] He continues.