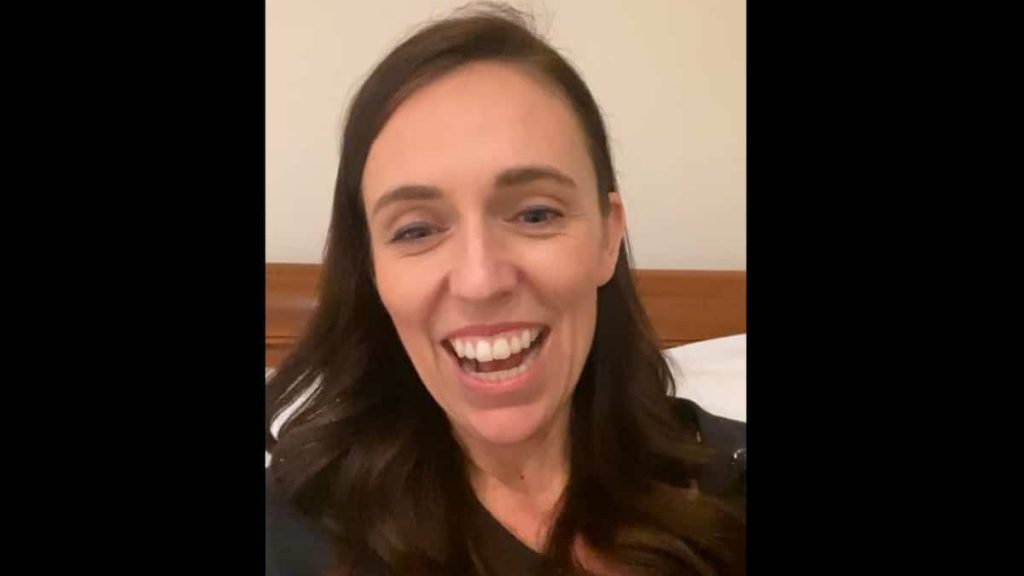 As New Zealand Prime Minister Jacinda Ordern announced on Monday in a live broadcast on Facebook that the country was easing restrictions on the fight against COVID-19, an unexpected voice was heard: “Mother?”

In a world-famous tradition, the leader’s three-year-old daughter, Neve, decided that everything, even state affairs, could wait.

The 41-year-old heroine interrupted the content on her Facebook live stream, saying, “You must be in bed, darling.”

“No,” the little girl replied without being discouraged, Ms. Entered into lengthy and fruitless negotiations for the Ordnance.

“Well, it failed, didn’t it,” she sighed from behind her screen.

“I told myself that this is the right time to make Facebook live, that it is good and safe. Are there any children who run away three or four times after falling asleep? Fortunately, my mother is there, so she can help. “

“Okay, where are we?” Then attempted to sue Mrs. Ordern.

But a small voice was heard again: “Why is it so long?”

“Excuse me, my dear, it has been too long. OK. Everyone excuse me. I’m going to put you to bed. Because it becomes a long time after bedtime. Thanks for joining me. ”

Although not as theatrical as the moment when Korean analyst Robert Kelly’s children interrupted his live BBC interview in 2017, this is not the first time Nave has stolen a show.

In 2018, Ms. Ardern became the second Prime Minister in the world to take New to the United Nations General Assembly in New York after giving birth during her tenure, following Pakistani Benazir Bhutto.