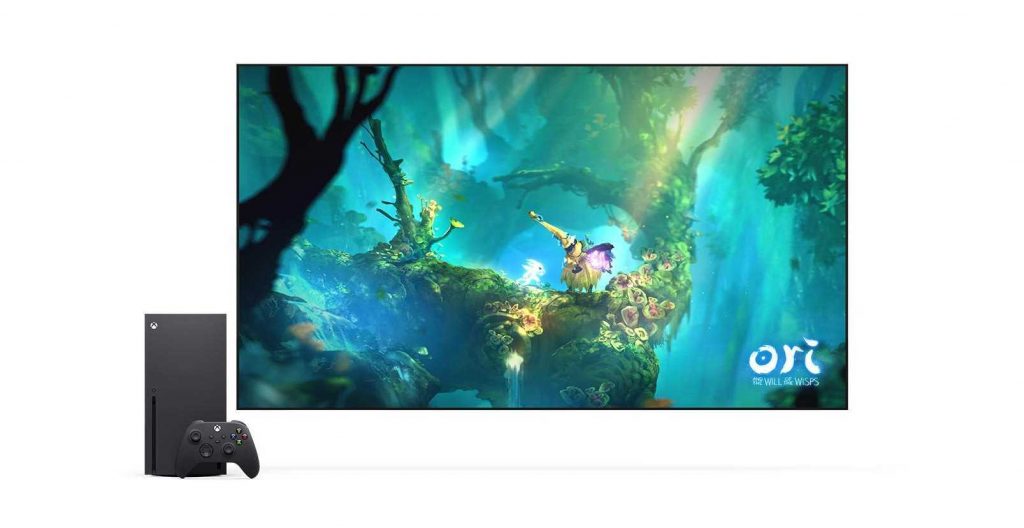 As we all know, Dolby Vision is about the best quality of movies or series at home. With the new Dolby Vision Gaming Standard, the inventors of Dolby Laboratories promise to enjoy HDR content to the fullest while gaming. For this you may need a new television. And the current Xbox – whether it’s the X-Series or the S-Series.

What is Dolby Vision Gaming?

Dolby Vision Gaming for Gaming is the equivalent of the Dolby Vision HDR standard. But there are technical differences.

With Dolby Vision related video equipment you can dynamically display the brightness frame up to 4000 levels through the frame on your TV. In other words: well, really bright and good, really dark is possible – it creates a very strong color impression that surpasses static HDR. Netflix or Amazon Prime provide standard movies and series, but you need a convenient streaming player and a suitable TV.

With Dolby Vision Gaming, you get 4K resolutions with a maximum of 120 frames per second. And compared to games with HDR, at least in theory, a significant increase in the quality of color display is possible. But you need Dolby Vision Gaming compatible hardware and games.

What can I use Dolby Vision Gaming for?

Dolby Vision Gaming has officially launched for the Xbox Series X and Xbox Series S in late 2021 after a long testing phase. If you have a current Microsoft console, you already have half of it. The second is compatible TV.

So far, only manufacturers have updated LG smart TVs from 2020 with older TVs via Dolby Vision (gaming) or updates. These models are compatible with:

If your smart TV is listed, a software update may be required. You need at least firmware version 04.30.10 (from November 2021).

Note: Some other LG TVs also receive Dolby Vision Gaming‌, but with one limitation: instead of 120Hz, for example, the popular 2019 LG C9 is “only” 60Hz. This also applies to the 2019 LG E9. Unfortunately the 2020 Nanocell 917NA only handles 60Hz. Will there be another update here?

You can get the latest firmware for your TV automatically through the LG support page or through OTA. The second variant requires you to connect your smart TV to the Internet.

How do I activate Dolby Vision Gaming on my Xbox?

Your television must have Dolby Vision Gaming. Do you also have an Xbox Series S / X? Perfect! You can check compatibility as follows:

Because Dolby Vision causes problems with incompatible smart TVs (keyword: delay), the feature is disabled by default. Here’s how to activate it:

Note: If you do not have “Dolby Vision for Games”, you will also need to update your Xbox Series S / X. You can do this through Settings -> System -> Updates.

Another tip: if your TV has an update rate of 120Hz, but only supports Dolby Vision with 60Hz, change the update rate to 60Hz – then it will work with the optimal display of Dolby Vision Gaming.

For starters, the series of games with Dolby Vision is manageable. The Xbox Series S / X includes:

But: More than 100 Xbox Series S / X optimized games have already been converted to better and more dynamic HDR standards. Here you will get automatically when the game starts. According to Microsoft, games with HDR10 and auto-HDR also get visual benefits thanks to Dolby Vision.

Tip: Enable the “Auto HDR” feature on your Xbox Series S / X under Settings -> General -> Display & TV options. If the console detects HDR content, it will automatically switch to Dolby Vision instead of “just” HDR10. If the game allows.

In the future, there will be games that clearly use the potential of Dolby Vision. It starts with “Hello Infinite”.

Do I need Dolby Vision Gaming?

On the other hand, I do not recommend buying a new television specifically for Dolby Vision Gaming. Especially if your “old man” is just one or two years old and working well. The reason is very simple: so far, Dolby Vision has not yet realized its full potential in games. First of all, developers are encouraged to design their games accordingly and take advantage of opportunities. Future special developments like “Halo Infinite” mentioned above should prove that Dolby Vision or really can leap forward from HDR10.

If you have an Xbox Series S / X and a TV listed above, then the question really arises. Activate the function and try Dolby Vision Gaming. So you can compare whether the quality really changes for you.

Dolby Vision 2022 will still be available for gaming specifically for Microsoft’s current Xbox consoles. So far LG has only been mentioned when it comes to compatible smart TVs. If that is the case, I personally do not yet know if there is a future for this standard. But: Microsoft has another popular platform with gamers, Windows 11, which may launch Dynamic HDR in a similar manner in the future. Games already have “Auto-HDR mode”.

Personally, I think other TV manufacturers will follow suit in the future to provide updates to their TVs (if possible) or to new models (mostly). While a Smart TV already supports 120Hz, 4K, ALLM and VRR, the path to Dolby Vision Gaming is not far off.

However, it is unclear whether the PlayStation 5 will ever get Dolby Vision gaming. This is not excluded, because Dolby is finally looking to establish more standard.

And his name is so pretty? Runs a competitive business. It comes from Samsung and is called HDR10 + Gaming. Here, too, it talks about dynamic HDR, VRR and 120Hz in 4K, but not where to use this standard. On the Sony PlayStation 5? Even on the Xbox? With the cloud gaming platform that Samsung has already announced on internal smart TVs? We will definitely find out in the near future …