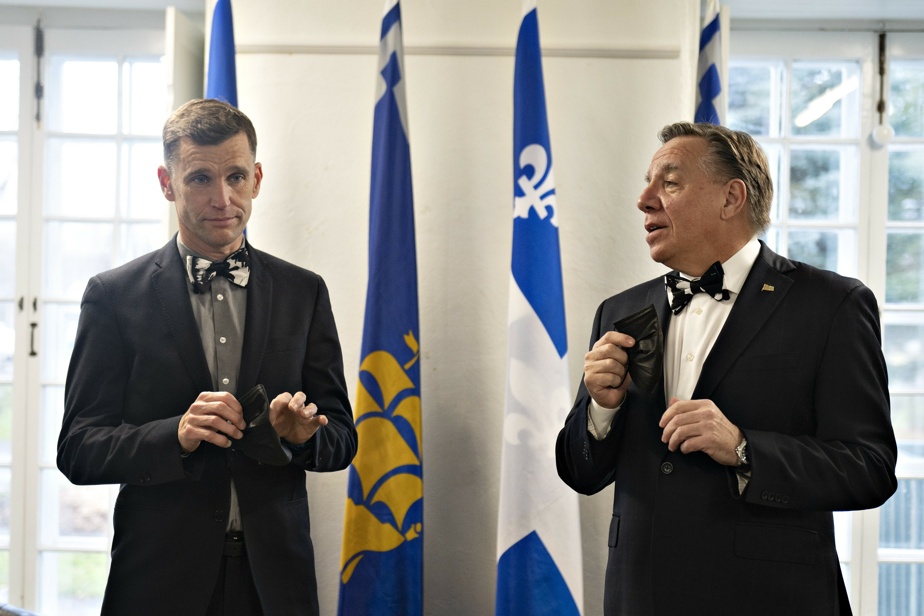 (Quebec) Franకోois Legalt promised to share studies and analysis with the new mayor of Quebec, thereby convincing him of the need for a third link.

The two chatted for almost an hour on Friday at their first official meeting. Although the two talked about “beautiful meeting”, “exciting”, Bruno Marchand is still not ready to support the third link.

“We have named our concerns. We have talked about urban expansion. The Prime Minister is very concerned about this issue and the environmental impact,” the Quebec mayor said after the face-to-face meeting.

“We need documentation, studies. The Prime Minister will share them and we will study them with interest. ”

The government has not yet released a feasibility study regarding the third link. Opposition parties in the National Assembly have accused him of failing to demonstrate the use of the motorway tunnel and study its implications.

“We agree to share all the information we have,” Franకోois Legalt assured.

“Obviously, need a link between Quebec and Lewis only for public transport? Do we need a bridge or a tunnel? What are the costs, benefits, and risks? What is the congestion situation on the two bridges on the west? We will share all this information and we hope Bruno will come to the same conclusion as us, ”the Prime Minister added.

“In the coming months, we can provide specific information,” he said.

Open up for more funding for the tram

The Prime Minister is also ready for more funding for the Quebec City Tramway. The project, estimated at $ 3.3 billion, could grow to nearly $ 4 billion.

READ  Coronavirus: We could have done factors otherwise, suggests PM

Last year, the government reiterated that despite rising construction costs and inflation, Régis Labeaume must respect the economic framework. The message has changed since Bruno Marchand was elected.

“The Quebec government is ready to do most of the project. It will be part of the negotiations,” he said.

“Certainly additional funding capacity is available from the federal government and the Quebec government.”