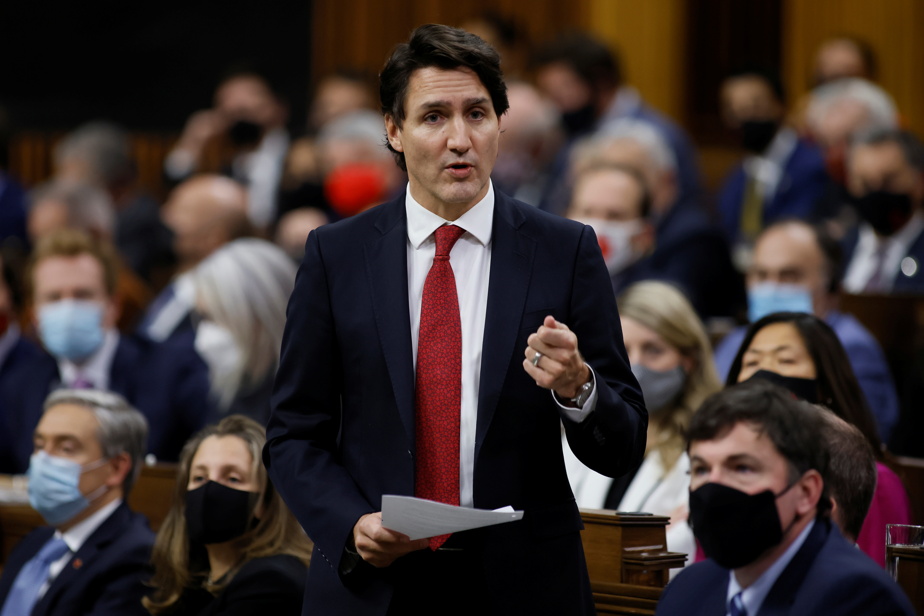 (Ottawa) The Justin Trudeau government on Wednesday presented its latest plan to support an economy that is slowly recovering from the pandemic. It will provide more targeted assistance to businesses and workers who have been severely affected by the lockdown, as well as provide additional benefits for the extra weeks that ended a few days ago.

The bill, introduced in the Commons on Wednesday, is one of four bills that the Liberal government hopes to bring forward before the House adjourns for a holiday scheduled for December 17.

Liberals are proposing to pay workers who were fired because of a government-imposed public health lockdown order $ 300 a week until May 7, 2022.

The new Canadian Workers ‘Lockdown Benefit will be retroactive to October 24, the liberals’ pandemic benefit to the unemployed, allowing the Canada Economic Stimulus Benefit to expire (PCRE, former PCU). ).

This benefit is available to both workers who are not eligible for EI and those who are eligible at the same time if they do not receive any EI benefits.

Over the same period, wages and rental concessions to businesses will be more generous, but businesses such as movie theaters, arcades, casinos and gymnasiums will be more generous in the areas of tourism, culture and hospitality that are still struggling, as well as on the long list. Businesses must prove large and long-term loss of income in order to qualify for federal support.

Dan Kelly, president of the Canadian Federation of Independent Businesses, praised the long list of eligible businesses, but was concerned that too much threshold for lost revenue would leave too many small businesses.

Similarly, restaurants have asked the Canadian government to reduce revenue losses as it is concerned that many economically lucrative activities may not emerge from the epidemic.

“We have been asking for sector support for many months and have only received a fraction of what we asked for,” said Oliver Bourbeau, vice president of federal and Quebec affairs at the association.

The government wants to extend the hiring credit until May to companies that increase their pay by raising wages, re-hiring laid-off workers or hiring new employees. No such large loss of income is required to qualify for credit.

Liberals argue that the economy is no longer in crisis, as it was at the beginning of the epidemic that lost three million jobs in March and April 2020. Despite the ranks of the unemployed, employment has since risen to pre-epidemic levels. In Canada, COVID-19 is higher than before, including those who have been unemployed for six months or more.

The mixture of high unemployment and labor shortages will help explain why the federal government wants to target its aid, which it hopes will boost recruitment.

Analysis of survey data by job site found that last month more respondents were actively looking for work compared to July, August and September and most qualified as ‘essential’ for their search.

In fact, senior economist Brendan Bernard writes that “emergency job searches” are usually associated with financial difficulties, suggesting that the results may be an early warning of pressure on households.

Support from Conservatives and the Block?

Liberals estimate that the new pandemic support plan will cost $ 7.4 billion, and that the budget must be approved by parliament.

The Conservatives and the Black suggested that they could support the bill – firstly because the benefits would go where they most needed them, and secondly because the plan would support workers in the cultural sector who were severely affected by the epidemic.

The NDP leader said on Tuesday that his party did not support a bill to reduce workers’ support. Jagmeet Singh urged the government to withdraw the cuts in income-tested benefits for seniors and low-income families who benefited last year. This assistance increased their income, but reduced their old age and family allowances.

NDP finance critic Daniel Blaiki wrote a letter to the Speaker on Wednesday urging him to allow an urgent debate on the issue, urging the government to come up with a plan to help “economically weaker Canadians before they lose their homes”.