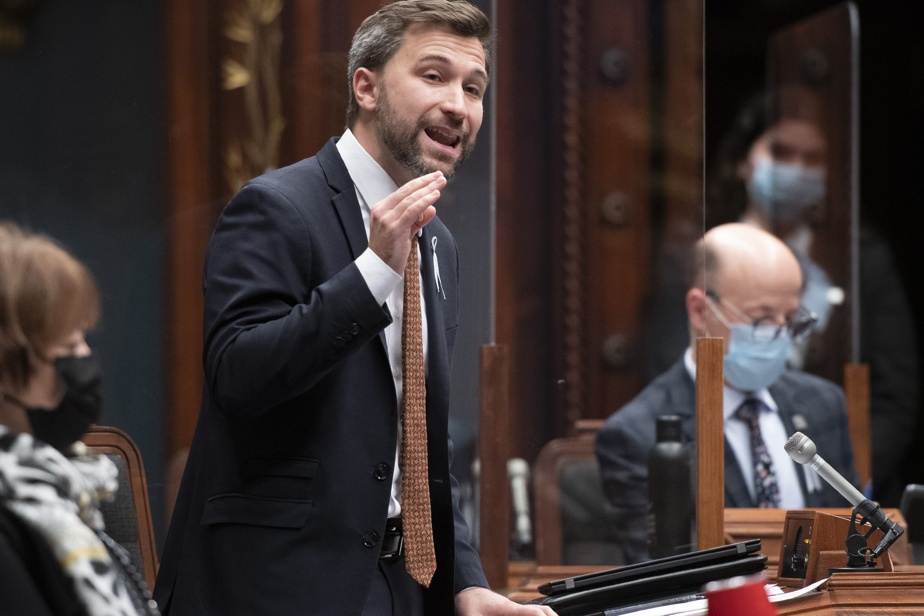 (Quebec) Prime Minister Franకోois Legalt said one thing about the idea of ​​investing public funds in the Stephen Bronf‌mann group’s baseball stadium project and its opposition during a heated exchange with Gabriel Nadou-Dubois, the parliamentary leader of the Quebec Solidarity.

During Question Hour in the National Assembly on Wednesday, Govin asked Mr Legalt, a member of the Govt. “My steamer, in baseball, likes the ketchup I wear, but no public money!” “, He began.

Franకోois Legalt immediately blamed him for a tweet on Twitter the day before, saying “it’s CAQ’s vision to include millions in the seniors half-baseball team while eating mud.”

“The leader of the Quebec Solidarity has said he wants to do new politics and modernize it. I have never seen such mud,” said the prime minister. Paradise had to intervene a few times due to the turn of the exchange.

Basically, Franకోois Legalt made very vague remarks. He first pointed out that there was no question of our government paying money from the taxpayers. But when Gabriel Nadeau-Dubois relaunched it, he said, “If ever there was a baseball stadium, it would not cost the Quebec taxpayers a single penny.” Using this formula, he adopted the idea he had expressed himself in recent months by showing that he was willing to provide financial assistance from the state at zero cost to taxpayers, taking into account the fall.

For his part, Finance Minister Pierre FitzGibbon told Mr. about his $ 1 billion project, including the baseball stadium. Bronfaman reiterated that talks with the team have been going on for several months. “Every financial project, we look at them. To me, baseball is like the Nordics, it’s like mine, we see it all, ”he said. “If an agreement is reached, we, as a government, will have to confirm that it has more financial benefits than cost. It’s a big debate on how we should define financial spin-offs.”