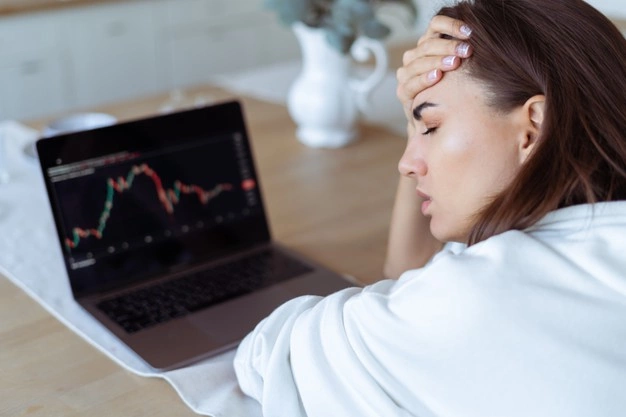 Let’s not beat around the bush. Day trading is generally a bad idea for most people. You have all heard the stats and seen the warning disclaimers plastered at the bottom of every brokerage website that state just how bleak of a proposition it is to become a profitable trader.

In fact, an SEC report found that approximately 70% of retail trading customers lose money every quarter, and on average, 100% of a retail customer’s investment is lost in less than 12 months. Yikes!

Whether it’s the absence of a sound strategy, blindly following signals on Reddit, or failing to implement any real risk management techniques, DIY trading your hard-earned cash is pretty likely to end up being something you live to regret in the not-so-distant future.

With that said, trading has soared in popularity over recent years, especially after Robinhood set out to drastically revolutionize the industry. With millions of people stuck at home throughout the pandemic, companies like Robinhood brought about easy access to the retail markets by removing many of the decades-old barriers to entry that were simply taken as a given beforehand.

By offering mobile-first, commission-free trading on stocks, ETFs, options, and cryptocurrencies, Robinhood quickly became one of the most popular brokerages for buying stocks in the U.S (especially for first-time traders), which is one of the primary reasons they boast over 90 million active users.

However, as you likely already know, Robinhood is not available in Canada for now, which means that many people have turned to popular Canadian brokerages such as Questrade and Qtrade – with some of the bigger banks such as BMO also offering commission-free trading in an attempt to jump on the bandwagon. Now that buying stocks in Canada is just as easy as it is for US citizens, it begs the question as to what this means for first-timers and more inexperienced investors.

With easy access to trading capabilities such as options, futures, and leveraged products, many people believe it could be extremely detrimental to some of our younger generations, made evident by the WallStreetBets fiasco that captured the world’s attention earlier this year.

According to an E*Trade study, Millennial and Gen Z investors are ready to take on significantly more risk than previous generations have in the past. As per the survey, which included 873 people, 51 percent of young investors have a greater risk tolerance, which is 23 percentage points more than the general population.

Furthermore, almost 34% of investors under the age of 34 have moved out of cash and into the market, which is 15% higher than the overall population. This same cohort is also trading far more frequently than other demographics, with a shocking 46 percent reporting that they had traded derivatives more regularly since the pandemic.

A lot of this newfound interest in the financial markets boils down to a few core factors. Firstly, the pandemic meant that people were spending less, which means they had more disposable income to plow into the markets.

Secondly, many countries, including Canada and the US, offer stimulus packages to their citizens to try and help ease the financial burden of the ongoing global catastrophe. Of course, this once again put more money in the pockets of millions of would-be traders. Now, all they needed was a brokerage account to complete the ensemble.

Enter Robinhood and the new school of commission-free trading platforms.

So now we have the perfect storm. Lots of spare cash. Lots of free time (and boredom). And easy access to leverage trading. What could go wrong?

READ  Gastroenteritis is widespread in PACA and Houtes-de-France, reaching Vergne-Rన్n-Alps

Well, as you can see with the WallStreetBets drama. It turns out a lot can go wrong. With millions of youngsters following trading signals from anonymous users on Reddit, billions of dollars were placed on leverage trades, and option buys on stocks such as GameStop. This company that seemed to be slowly similarly fading into obscurity to Blockbuster all of a sudden found itself to be the center of one of the wildest journeys in history.

In just a few short weeks, GameStop’s stock price rose from $18.84 to a whopping $347.51 in just a couple of weeks. The crazy thing about it was that the original signal to buy GameStop was a joke. After a while, it quickly became a viral meme and then turned into another beast altogether.

Of course, the stock price came tumbling back down in short order, and many traders ended up losing all of their investment in the process (especially the ones that used leverage/options trading). Although, the most troubling part is that many of the people who are at a loss are still refusing to quit.

Where do we go from here?

So, will we see an entire generation wiped out through reckless trading and early exposure to leverage products? Only time will tell. With that said, many of the stats do not make good reading. According to MagnifyMoney, 80% of Gen Zers and 60% of millennials have been taking on debt to trade the stock market, which is certainly not the most prudent financial move one could make.

Since we are still in extremely uncertain times regarding the Coronavirus and the potential for future variants, coupled with factors such as sky-high inflation and the potential for interest rate rises, there’s no doubt that a large proportion of the inexperienced generations could stand to lose it all. At the same time, the more seasoned, experienced, older, and more wealthy players in the stock market are likely to avoid making the same mistake.

Time is on Millennials’ and Gen Z investors’ sides, but that doesn’t mean they can be complacent. Nowadays, access to the market has never been easier; therefore, individuals new to investing should take their time and not get too ahead of themselves. In general, a deliberate and disciplined approach is the key to success. If you fall into this demographic, remember to research each stock you trade, develop a full understanding of the risks of trading, and align your trading strategy with your goal’s risk tolerance. That way, you can secure your capital while reducing the possibility of getting wiped out.