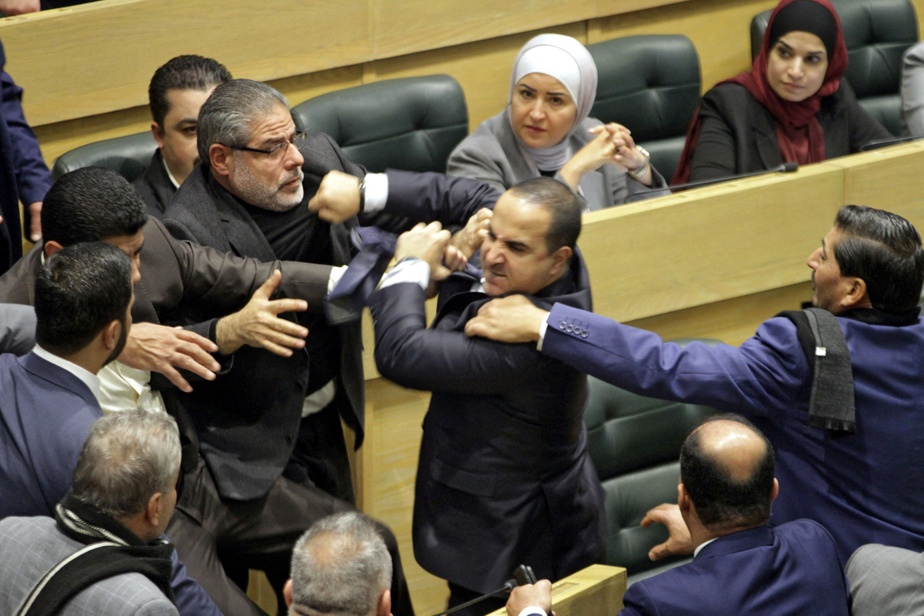 (Amman) According to a television official, Jordanian MPs have called for the disruption of a parliamentary session on Tuesday during a debate on gender equality as part of constitutional reform.


The government wants to amend the constitution and include a reference to “Jordanian women” entitled “Rights and Duties of Jordanians”, especially regarding the equal rights of citizens.

According to the Al-Mamlaka channel that aired the session, many delegates opposed the amendment, calling it “unnecessary”.

“We add the Jordanian word ‘eib’,” said one of them, Raed Smeirat, in particular, using the Arabic word with very negative connotations, which in this context can be compared to “shame” or “insult”.

The remarks angered the head of parliament, Abdelkarim al-Dagmi, who demanded an apology from Mr Smirat.

Another deputy, Suleiman Abou Yahya, asked Mr Dogme to adjourn the session, but he said “you understand nothing!” From Mr. Abo Yahya.

The head of parliament asked him to leave the room, after which Mr. Dogmey walked out of the assembly, according to live footage of an altercation between several delegates.

The House finally adjourned to Wednesday.

Other constitutional amendments, such as the establishment of the “National Security Council” and the decree of the Speaker of Parliament from two years to one year, will come up for discussion.

The constitution promulgated in 1952 by King Abdullah II’s grandfather in 1952 has already been amended 29 times, with past amendments, according to experts, giving the king more powers to harm the legislature.