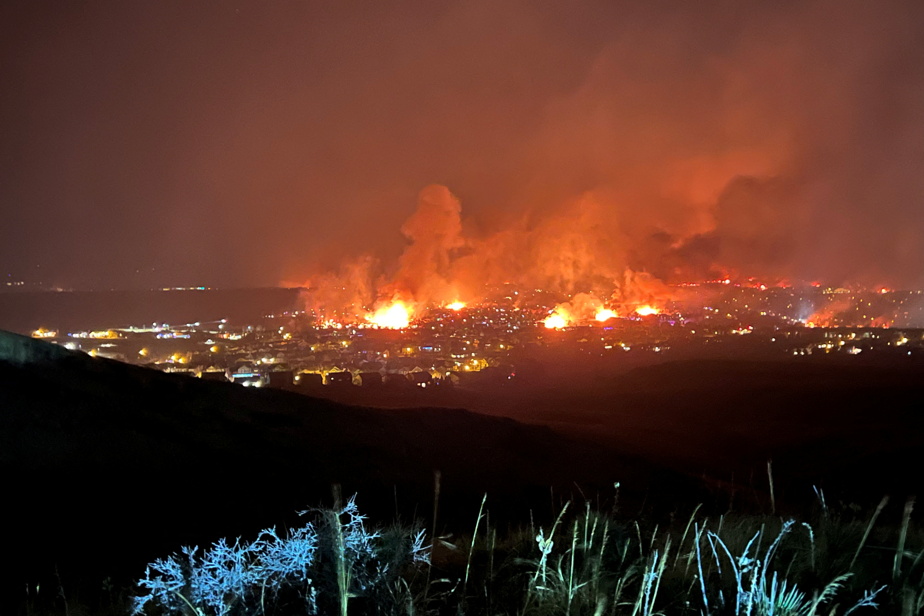 (Superior) Hundreds of homes were destroyed by fires Thursday in Colorado in the western United States, which is reeling from high winds and facing a historic drought, officials said.

“Nearly 370 houses were destroyed in Sagamore subdivision. There is a possibility of 210 houses being destroyed in the Old Town Superior, ”Boulder County Sheriff Joe Pelle told a news conference.

The city of Boulder, with more than 100,000 inhabitants, is about fifty kilometers from the capital, Colorado, Denver.

The state is facing a historic drought, which has contributed a lot to the spread of the fires. Hotels, shopping centers, and more than 650 acres of greenery in Boulder County have been smoked.

In some places winds of more than 160 km per hour were blowing, complicating the efforts of firefighters.

“I would like to emphasize the scale and severity of this fire and its presence in such a densely populated area. We should not be surprised if injuries or deaths occur,” the sheriff warned. Joe Pelle.

According to the newspaper Colorado sun, Many had to be treated for burns, at least six of whom were hospitalized.

Thousands of residents were ordered to evacuate, especially in Louisville, which has a population of 20,000.

“Leave Louisville, or your life will be in danger,” the meteorological services insisted.

“Strong winds quickly spread the fire and all planes were on the ground,” tweeted Jared Police, the governor of this mountainous state where the Rockies meet the Great Plains.

Superior, another city targeted by a full evacuation order, had 13,000 residents, covered in dark smoke on Thursday, according to images posted on social networks.

Patrick Kilbride, 72, was working at a hardware store when he was ordered to vacate, a local newspaper reported. Denver Post.

The 72-year-old rushed to his home in Superior‌ to collect his belongings, but could not save anything except his car and the clothes he had behind him. Her cat and dog died in the blaze.

He told me about the house where he had lived for three decades.

“It’s a strange feeling to be completely free from a situation where you have all the amenities,” he told The Denver Post.

Patty Holtz described the fear of evacuating her Boulder County home. “Everything is on fire. Fires are pouring everywhere. I’m very scared, of course, with the wind, it will spread to other houses, ”she said.

“It was so dark, you could not see anything. It was dark at night, ”she said again.

For much of the American West, Colorado, an already arid state, has been battling an unusual drought for many years.

With global warming, the intensity and frequency of droughts and heatwaves are likely to increase further, creating favorable conditions for forest or bush fires. In recent years, the American West has experienced unprecedented fires, especially in California and Oregon.

READ  Operation Rebrand Melania: What can we expect from the first woman's rumored memory? | Melania Trump

For meteorologist Daniel Swain at UCLA University, it is “hard to believe” that the fires will occur in December, a time when it is not generally favorable for similar events to occur in the region.

“However only two centimeters of snow so far this season has reduced the heat and drought to a record level and add to the storm with extreme winds … and the result is very dangerous, very fast moving fires,” the researcher tweeted.