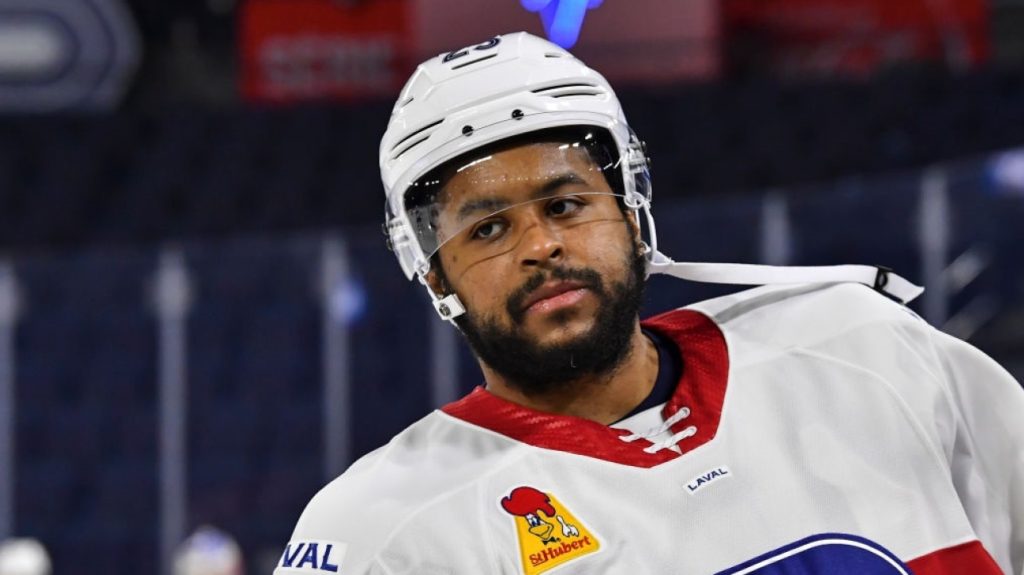 Taking advantage of the fan presence, Devante Smith-Pelli scored his first goal of the season with Laval Rocket in a 4-1 victory over the Belleville Senators on Friday.

Smith-Pelly, who has been limited to two assists in 10 games since joining the Canadians academy this season, moved the ropes when Toby-Pacquiao diverted a shot from Bison point in the middle of the first period. A few minutes later, Chris Wilkie was able to escape in front of Caden Primou and he equalized the score by beating the goalkeeper with a good accurate throw.

In the meantime, Josh Brooke received a penalty for catching in front of his net, preventing the senators from scoring well. In addition to saving a goal, Donic Martell saw his seventh goal of the season when Brooke was in the penalty box. Martel overtook goalie Philippe Gustavson to slip the puck between his pad and the shorthand post.

Jesse Ylonen provided the insurance target for the Rocket in the third period, pushing an excellent delivery from Jean-Sebastian Dee behind the net. Louis Belpedio finished scoring on the empty net and Primau finished his night with 19 saves.

Rocket welcomed the return of its supporters to Placebell with a half-limited capacity for the meeting. The Canadian School Club began a series of seven straight home games with an excellent note and the team has not lost at home in its last nine games.

This gain is even more significant as it allows the Rocket to distance themselves from the senators (22-21-0-0) in the North Division classification of the American Hockey League. Occupied by Laval delegates …