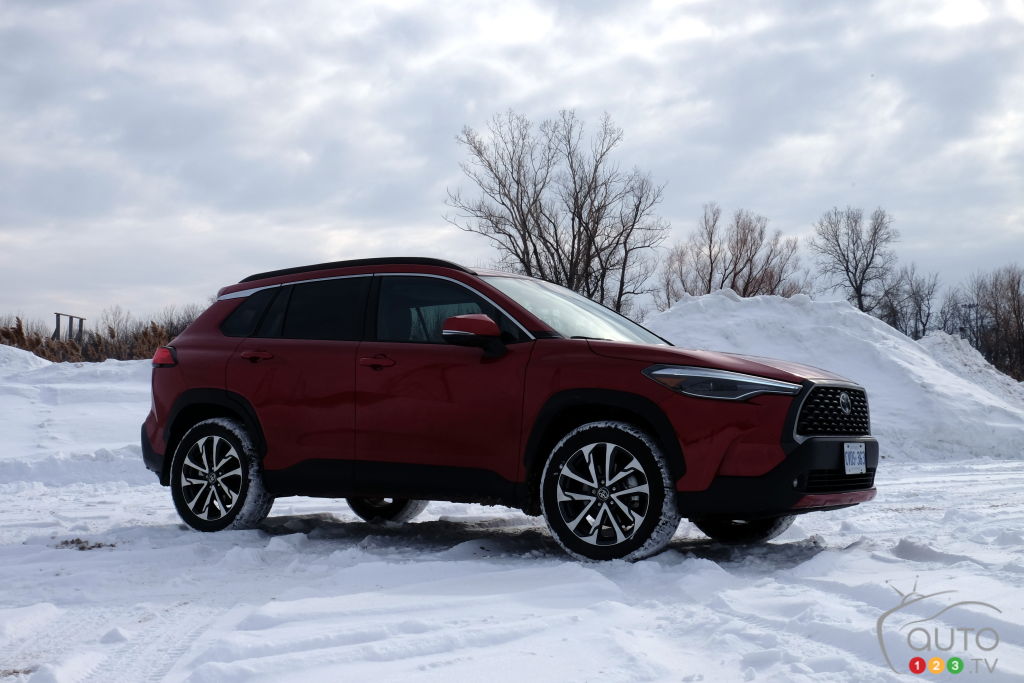 The idea is so brilliant that one wonders why Toyota took so long to develop it: why not create a crossover version of the indestructible Corolla, now sedans have given way too much to SUVs. In fact, it’s more than people expected from a car named Corolla on the new Corolla Cross Tailgate. But is it enough to divert the attention of consumers from many other modern models that now have a smaller SUV segment?

Frankly, the Corolla Cross is actually very different from its sedan counterparts. True, the models share the same platform, but there are more differences here than between the Impreza and Subaru crossstreaks. For one thing, the exterior is very special. At the same time, those who know the interior of the Corolla are well aware of the surroundings as they slip into the cross version.

But in reality, none of this matters much. Toyota’s idea with exactly such a model is to abandon the car format and now put those looking for a utility-format vehicle in the Corolla fold. For this to work, Toyota needs to come up with a product that can compete with its competitors in this segment.

We can not say that the new Corolla Cross is discouraging, far from it – with one exception. We’ll get back to that.

Shopicar.com, 100% online, shop for your car, buy online and we will deliver to you in Quebec! 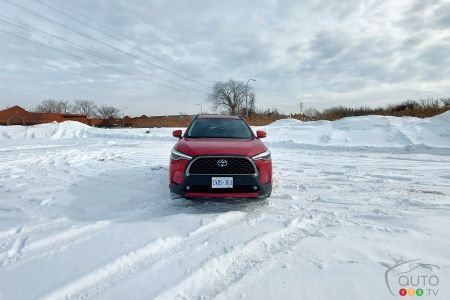 The crossover looks so beautiful when you get close to it, it doesn’t really make hearts beat faster. The ratios are spot-on and everything tastes delicious, from the reasonably proportioned grille to the elegant headlights, to the smooth sloping roofline that manages the rear seat headroom without greatly reducing it. The plastic elements at the bottom are intended to slightly solidify the look. Basically, this Corolla Cross plays the role of RAV4’s new little brother. While it may not be full of personality, it is beautifully and very nicely designed.

The entry is clearly more horizontal than in the Corolla sedan or hatchback, in which you have to drop down a bit. Once inside, the space is very spacious, with a simple and uncluttered dashboard and center console. That being said, those who are familiar with Toyota and especially its compact models will get there instantly and this is not a quality to be ignored. Not all new vehicle owners want to go through the learning curve. 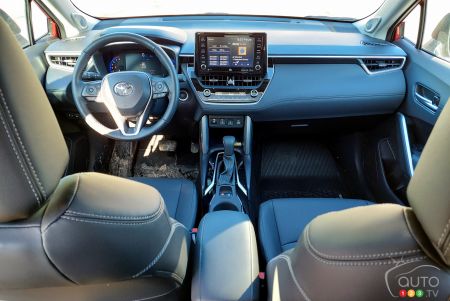 As you might expect, the interior offers more space and versatility than the Corolla, although later hatchback variants and cross-models share the same 2,640mm wheelbase. In our all-wheel-drive XLE tester, the cargo space with seats is 688 liters (compared to the 722 with front-wheel-drive configuration); This is more than the Nissan Kashkai (648 liters) offers and much more than the Subaru crossover (588 liters).

The Corolla Cross develops a 169 horsepower with a 2.0-liter 4-cylinder engine that is constantly mated to a variable transmission (CVT); Our test model is equipped with an AWD system that drives four wheels forward and can automatically transfer 50% of power backwards. This version also has an independent rear suspension instead of the semi-independent torsion beam system of the front-wheel drive.

This powertrain works well in the fuel economy, with the AWD variant offering a combined rating of 7.8L / 100km. Be aware that there is a hybrid version in the making, which further enhances this impressive figure; It should be ready later this year for the 2023 model year. 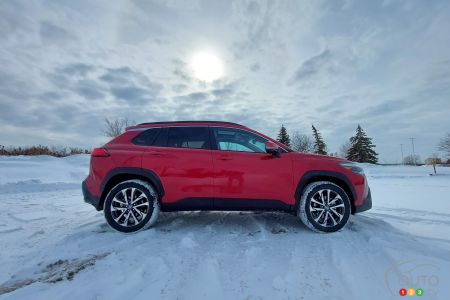 Where the blow!
What makes this powertrain less efficient is providing an exciting ride. The 2.0-liter engine does not provide a ton of power, but it is adequate for a vehicle of this size. It’s not, and it’s related to the slowness of the CVT that manages horsepower. Acceleration is very slow and noisy, so you will get satisfaction only if you are very genius with your right foot.

And this weakness, despite the agility of the model on the road, some may hesitate, because rivals in this segment behave very powerfully and undeniably provide more entertainment behind the wheel, for example Mazda CX-30, and he is not. Only one. While this may not be enough to counter the great reputation for the reliability and solid engineering that Toyota brings into this new segment, put aside the appeal of the Corolla name. But that’s not a selling point for the Corolla Cross, that’s for sure.

Prices start at $ 24,890 for the 2022 Corolla Crossbase L model, which inadvertently comes with the Toyota Safety Sense Suite of Safety System. Next come the LE, LE premium and XLE versions. All-wheel drive is the $ 1,400 option in the first two and comes standard in the latter two. 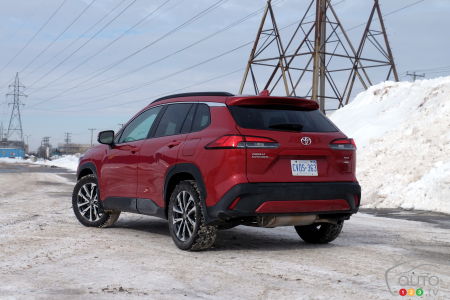 The last word
The new Corolla Cross as a whole represents a very strong entry into the segment that Toyota really needs to enter. It’s a valuable addition to the range below the flagship RAV4, and unless the smaller one offers the same level of power under the hood as the larger one, it’s not hard to compare it to the latter. One. Many features of Toyota models and engineering are on full display here, but sometimes even the lack of enthusiasm to describe the brand.

However, if Toyota can fix the funnel effect of that CVT and offer a second engine option to those who want a little more punch, it could have a segment leader on hand in the coming years. This is because the Corolla Cross has a solid design and offers great versatility, a spacious and comfortable interior and courtesy, and an efficient (especially with the advent of the hybrid version) fuel economy. 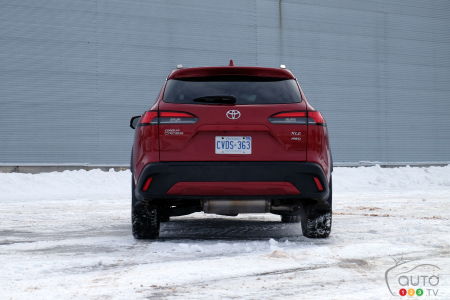 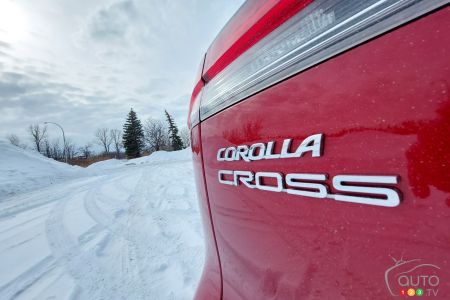 Pictures of the 2022 Toyota Corolla Cross