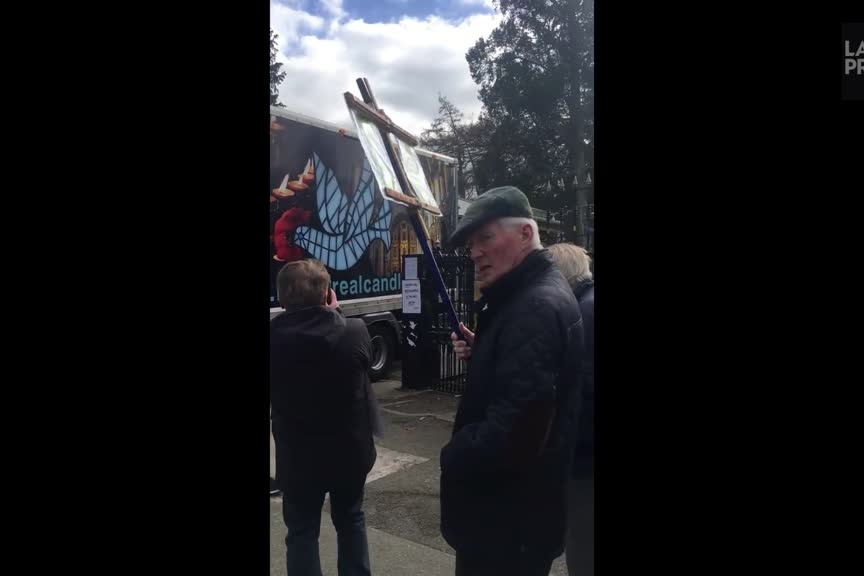 « Un homme a été arrêté et […] He is currently in custody, “police said.

Images aired on social networks show a stately truck with a religious goods company logo, running in reverse over the embassy gate, breaking down doors.

There were no injuries.

In a statement, the Russian embassy in Dublin accused the police of being inactive and condemned the “criminal madness” action against the “peaceful diplomatic mission”.

Expressing its “grave concern”, it called for “comprehensive measures” from the Irish authorities to “ensure the safety of its staff and their families.”

Since the Russian invasion of Ukraine, many protesters have regularly gathered outside the Russian Embassy in Ireland in support of the Ukrainians.

On Friday, one of the protesters, a Catholic priest, threw red paint on the doors of a diplomatic mission while he was being interviewed on national radio.

Some opposition leaders have also called on Irish Prime Minister Michael Martin to remove the Russian ambassador, but Mr Martin has refused to take such action, arguing that it could jeopardize Ireland’s ability to help its citizens in Russia.

Moscow on Monday sought “adequate” protection for its diplomatic missions in France after it reported an “attack” with a Molotov cocktail on one of its cultural centers in Paris.

The Russian House of Science and Culture targeted a jet of “incendiary equipment” overnight from Sunday to Monday, causing no casualties and crashing against the gate of the building, according to a police source.