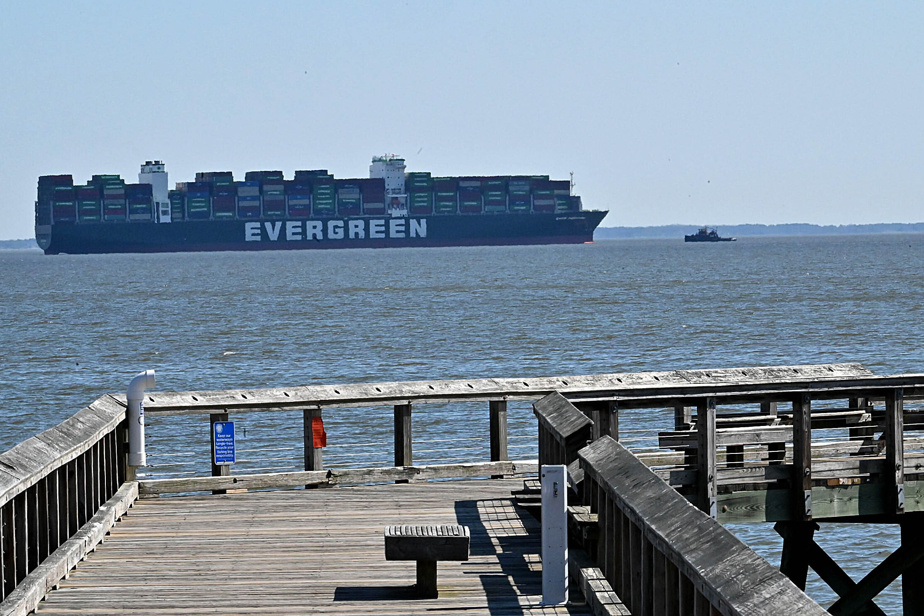 (Washington) The Ever Forward, a huge container ship from the same carrier that blocked the Suez Canal a year ago, sank off the east coast of the United States on Sunday evening, we learned from Baltimore Harbor on Monday.

The 344-meter-long boat was stranded near a channel in Chesapeake Bay at the exit from Baltimore Harbor, “preventing other ships from entering Baltimore Harbor”, the press release explained.

The Port Authority indicates that no injuries or leaks have been identified. “Efforts to free the ship have been going on and will continue since last night,” she said, adding that the Coast Guard was monitoring the situation.

Ever Forward reached the port of Norfolk, south of Chesapeake Bay.

Aerial footage from local television, filmed Monday, shows a huge boat parked in the middle of the bay, with the company name written in white on a huge green hull: “Evergreen”, popular last March. .

One year ago, another container ship belonging to the company, Ever Given, blocked the Suez Canal, causing a major disruption to global maritime traffic.

The nearly 200,000-ton ship sank its bow on the east bank of the canal during a sandstorm on March 23, blocking the route between Europe and Asia, which handles 10% of the world’s maritime trade.

Images of the ship, the largest in the world, have been making a huge impact on social networks and international media as they have been stranded for almost a week on a crucial sea route.