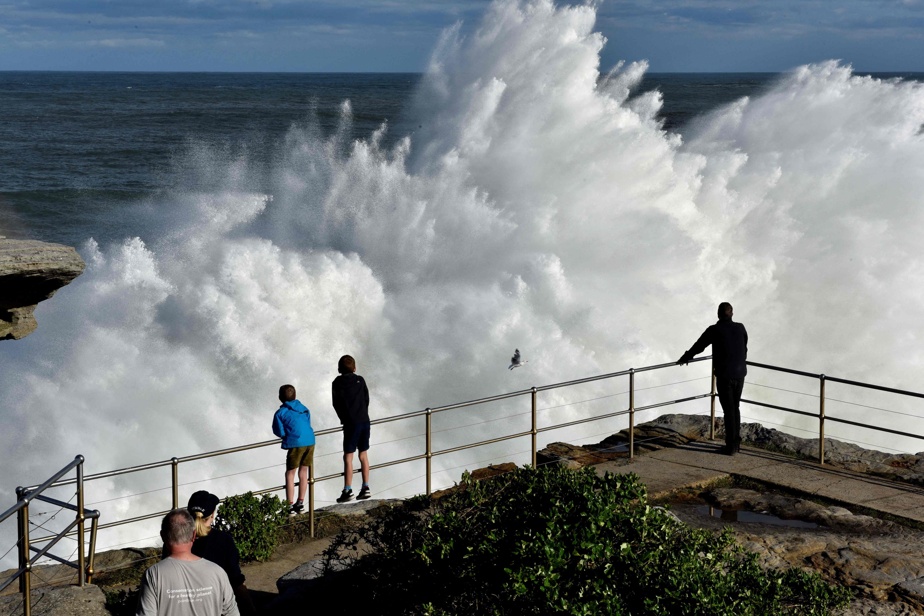 Extreme levels of flood danger were announced off the coast of New South Wales, with strong winds expected to cause severe waves.

The video shows a five-meter surge, rippling water rushing to the roofs of houses and spectators fleeing rising waters at Avoca Beach, a 90-minute drive north of Sydney.

Peter Evans, from the New South Wales Emergency Services, told AFP that staff were paying attention to several homes in the area where the waves entered the property, but conditions were improving.

“We hope the worst is over and we will not have what we got this morning and tonight tonight or tomorrow,” he said.

Clear weather helped the teams, but after months of heavy rain, water continued to seep into the catchment areas, he said.

In Sydney, the famous Bondi Beach has disappeared, with waves pounding the sidewalks and crashing into a nearby road.

The meteorological services issued warnings over the weekend that dangerous waves and strong winds were blowing from the north coast of New South Wales to the Victoria border.

Eastern Australia has experienced several severe weather events in recent weeks with the help of the La Nina phenomenon and climate change.

Bad weather and floods have killed at least 22 people since the beginning of February.