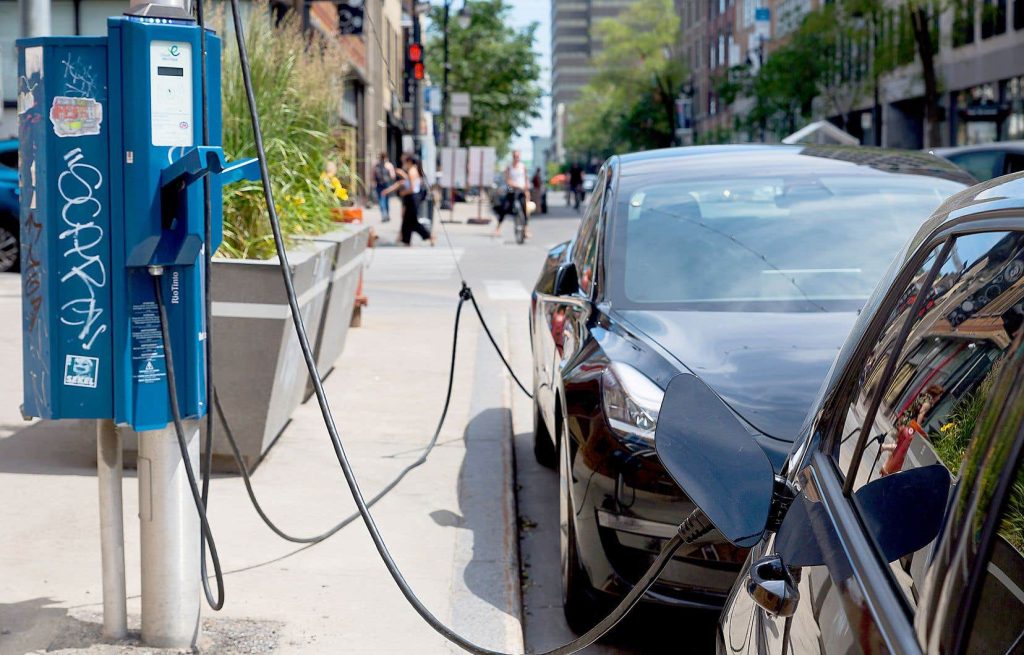 Quebec and Canada are betting heavily on transport electrification to achieve their climate goals. However, if these vehicles emit less carbon dioxide than their combustion engines, they will not be free of all air pollutants, according to a comparative study published by the French Agency for Ecological Transition (ADEME).

In addition to carbon dioxide emissions (CO2) And nitrogen oxides (NOX), Gasoline or diesel vehicles produce fine particles, which in particular contribute to the formation of urban fog and its absorption can cause various serious illnesses in humans.

Tightening of pollution control regulations in North America and Europe in recent years has led manufacturers to install increasingly effective emission filters to remove particles produced by combustion engines. Result: More than half of the particles emitted by road vehicles today do not come from exhaust, but from other elements – brakes, tires, road -, Specified ADEME.

In a report published in late April, the agency said “recent studies have not shown a significant difference in total particle emissions between long-range electric vehicles and current new thermal vehicles, which emit almost no exhaust cells.

In Europe, ADEME warns, “Non-exhaust particles emitted by braking systems, tires or roads are much higher than exhaust emissions from petrol and diesel vehicles. They correspond to more than half of the cells generated by road traffic.

When it comes to the impact that electric vehicles have on this trend, she points out that since these vehicles are generally heavier and they use wider tires, the emissions reductions that lead to regenerative braking cannot be calculated, which slows the vehicle down. Engine rather than brakes.

While electric vehicles promise to remove GHG emissions from combustion engines, this is not the case with microscopic particles outside the exhaust, so ADEME is over and they continue to affect the health of humans, soils and waterways. “The long-term effects on ecosystems are poorly documented and the accumulation of these pollutants in the food chain raises questions.”

In France, for example, the Energy Transition Agency recommends that the government tighten controls on braking systems and tires to reduce fine particle emissions.

At home, Équiterre believes that discouraging the purchase of large vehicles is always the first step in the right direction.

The example of the newest GMC Hummer EV from General Motors is eloquent: this massive electric SUV weighs no less than 4110 kg, which is almost four times the average weight of a gasoline sedan (approximately 1100 kg). The American manufacturer said it had received 65,000 pre-orders for the juggernaut.

In its advertisements, GM showcases its Hummer as a vehicle for nature-loving adventurers. “It makes no sense to associate this vehicle with nature,” laments Andrian Brezau, a mobility analyst for quiterre. “Electric vehicles like this are not sober, not powerful or material. Governments are calculating electrification to reach their climate goals, but are forgetting to focus on vehicle weights and measures. ⁇

READ  'Special cases' of COVID-19 have been confirmed in Chinook Mall, Calgary

Équiterre has been attacking car ads for months, which the company considers misleading. In these statements, we often use the shortcut the larger, the safer the vehicle. “We especially appreciate the safety of the people on board,” M saidMe Braze. The fact that SUVs are also heavier and require longer distance parking is never clearly mentioned.

Like electric vehicles [le GMC Hummer EV] Not sober, not in terms of energy or materials. Governments are calculating electrification to reach their climate goals, but are forgetting to focus on vehicle weights and measures.

To try to break this cycle, quiterre hopes to launch an advertising campaign on Monday that it hopes will be “provocative enough” for people to respond. Its theme: “I do not have an SUV”, reveals Andrian Brezo.

Quiterre hopes to educate the public about the criteria to consider when purchasing a vehicle. The company also wants to reflect on the need to purchase a vehicle. “For people in the suburbs, it’s better to have only one, not two, and in the city, car sharing can be a good solution,” he said.Me Braze. Because, at the end of the day, the best solution to solve the problem of automobile pollution is to reduce their number on the roads.

Their number. Then their weight. And their pollutant emissions, in all their forms. Because, according to studies, electrification alone is not enough.