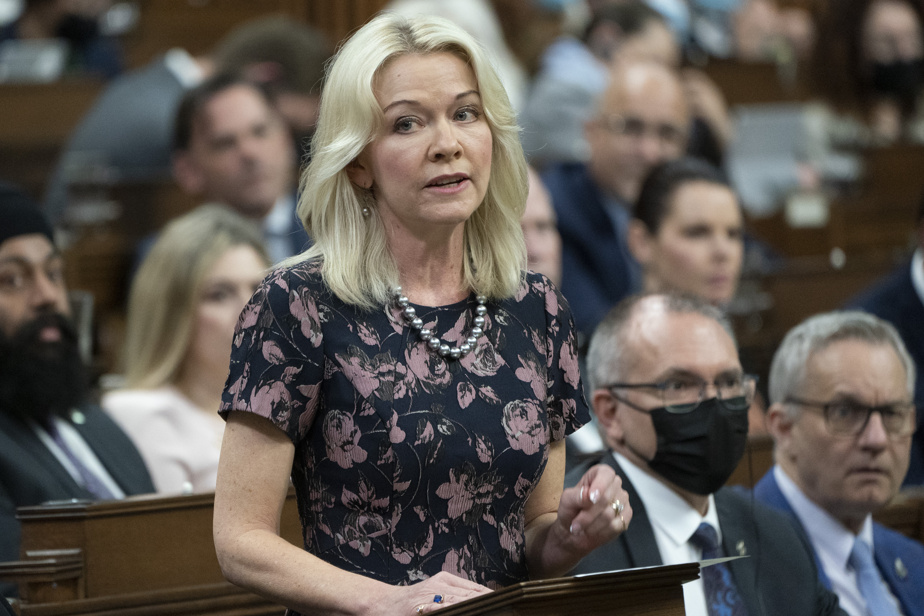 (Ottawa) The Provisional Federal Conservative leader believes the party will not attract frustrated liberals by becoming semi-liberal, but by adhering to its principles.

Candice Bergen made the announcement in a video played in front of an audience of Conservative supporters and party dignitaries gathered in downtown Ottawa for a three-day conference of the “Canada Strong and Free” network.

MMe Bergen, who recently tested positive for COVID-19, devoted much of his virtual speech to the importance of the party being proud of its traditional values ​​and adhering to its principles.

She argues that Justin Trudeau is dragging the liberals further to the left in the Canadian political spectrum, with some older activists looking for another way.

MMe Bergen believes the Conservative Party can accommodate liberals who are subject to these illusions, but will stick to its values.

The interim leader encouraged candidates in the party leadership race to follow the advice given in the letter to all teams by former Canada Reform Party leader Preston Manning: Avoid personal attacks.