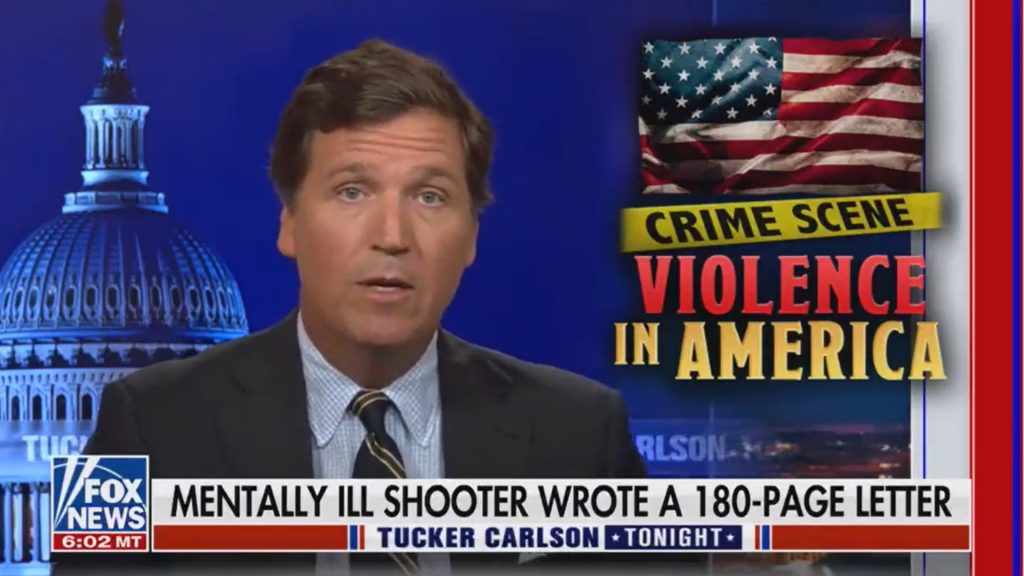 “So what is hate speech? Well, that’s what our leaders hate. So because a mentally ill young man kills strangers, you may not allow your political views to be heard out loud. That’s what they tell you. That’s what they’ve been wanting to tell you for a long time, but Saturday’s carnage gives them an excuse, a justification. ⁇

Tucker Carlson’s message in the wake of the Buffalo attack: “So what’s the hate speech? Well, this is a speech that our leaders hate. So because a mentally ill young man kills strangers, you will not be allowed to express your political views out loud. pic.twitter.com/DMSNa9YoEt

PS: The promoter of the “Great Replacement” ideology – which he did not mention directly on Monday evening – denied any political significance to the remarks made by Carlson referring to this racist notion. “The document is not marked left or right; This is not really politics. The document is insane, ”he said.

Tucker Carlson tries to distance himself and the Fox News from the Buffalo shooter, who is inspired by the racist conspiracy theories that Carlson puts forward in his show. pic.twitter.com/oRTOcvxC4n

I love it Load