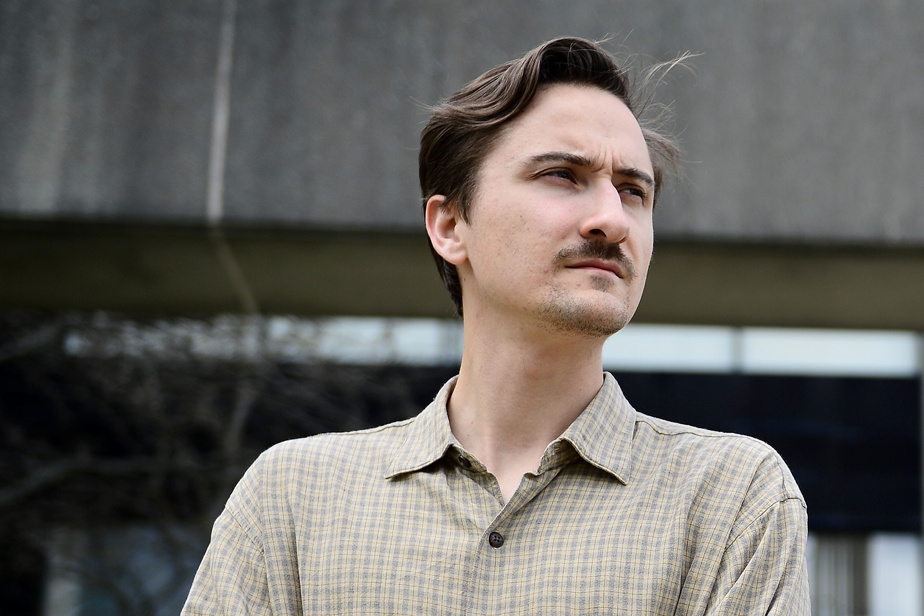 They accumulate diplomas and live below the poverty line. Sometimes less than $ 20,000 a year. Graduate students, with the support of leading researchers, are asking for better financial assistance from governments.

“Seventeen thousand five hundred dollars a year is not enough to live on. It is impossible not to fall into adversity, ”said Rafael Bouchard, a doctoral student in biology at the University of Laval.

The value of Canada’s graduate scholarships, funded by the federal government, has not increased since 2003.

Result: Thousands of students are denied living near or below the poverty line.

Louis Bernatchez, a biology professor and researcher at Laval University, said: “This is one of the biggest breaches of research funding I ‘ve ever seen.

In a letter to Ottawa, more than 5,500 students and eminent researchers – including two Nobel laureates – demanded an annual increase in scholarships from the Natural Sciences and Engineering Research Council (NSERC) in Canada so that in the future, they would be an indicator of inflation. Signatories also want to increase the number of postdoctoral fellowships offered each year to 150 by 2021.

Otherwise, “some of Canada’s brightest young minds [seront forcés] To live in poverty and to seek well-funded positions abroad, ”the letter reads.

This also applies to scholarship recipients from other granting disciplines, such as the Social Sciences and Humanities Research Council and the Canadian Institutes of Health Research.

“We know students are struggling with growing financial difficulties,” NSERC responded via email.

The government agency intends to work with other councils and the research community to “find ways to improve the support provided to trainees” without providing further details.

In a laconic response, the Minister of Innovation, Science and Industries, Franకోois-Philippe Champagne, argued for the “unwavering” support of the government for “all scientists and researchers.”

“It did not happen to pay the mortgage”

Raphael Bouchard wants to emphasize this: a doctorate is a very difficult task.

We were labeled as students, but in reality, we were really researchers. We work 35 to 40 hours on our research projects.

He counts himself among the lucky ones. He has won one of NSERC’s most prestigious scholarships. And paid, in addition: $ 35,000 per year. Rafael Bouchard, who earned $ 17,500 a year during his masters degree, can still gain sympathy with his offensive colleagues. (His salary is funded by Quebec Research Funds, which pays slightly better than the federal program.)

“It’s not enough to pay rent, food, transportation or clothes,” he recalled.

The struggle continues in the post-doctorate. Kareen is about to draw a line in her research career in the humanities by refusing a $ 45,000 grant a year without any social benefits.

“When I looked at the numbers on the calculator, it was not coming to pay the mortgage,” she said, speaking on condition of anonymity because her research supervisor was unaware of her decision.

Post-doctoral researchers are not 20 years old. They have thirty years, family, financial responsibilities.

Kareen is about to end her research career

“In the end, the message we send is not worth the research,” she continues.

It is still a privilege to receive a grant. The majority have to do without students.

With a Masters in Psychology, Alice receives a salary of $ 10,000 per year, paid by her Research Supervisor. To meet the needs, she works in a restaurant.

“I was hesitant to pursue a doctorate. After my two year masters degree, I’m completely at the end of my rope, ”she said, requesting anonymity from her university for fear of retaliation.

“Scholarships are a fact [fédérales] The best are the lowest, which does not send the right signal of acceptance or not, “said Luis Bernatchez.

No students, no science

“Without the graduate students and post-doctoral members in the laboratories of Canadian universities, there is no science,” Mr. Bernatchez emphasized.

U15, a group of Canadian research universities, has been campaigning for years to increase the value of federal scholarships, but also their number. Its spokesman Dylan Hanley argued that Canada needs a strong and diverse scientific heritage to meet the challenges of tomorrow.

“Students need to be attracted to pursue higher education in Canada and that is part of making sure they do not live in poverty. ⁇