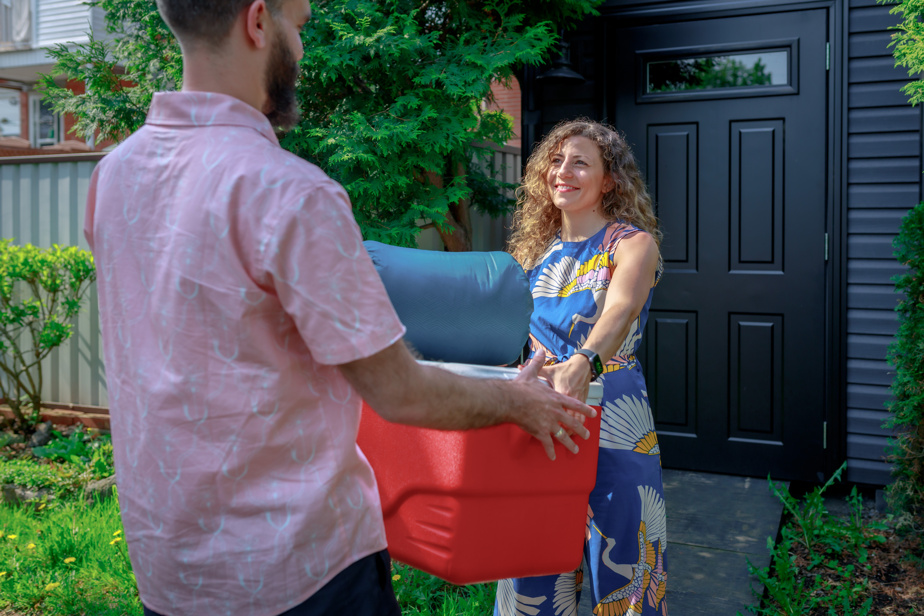 When was the last time you used your drill? And your stress washer? And what about your ice cream maker? A crowdfunding campaign was launched this Tuesday to fight against overuse and to maximize the use of the goods we own, enabling us to initiate loan application among neighbors.

The mother of two, the advertiser Fow Dowset (OMD, Factory, Cassette) was frustrated with the high consumption when she saw so many items being offered to them at birthdays and Christmas parties. “I’m in my condo in Montreal and I’m worried when I receive the big pav petrol tower!” She said.

As the desires and needs of young children change frequently, she had to think about a participatory economy. It was set up in view of the immense demand for all kinds of goods Club sharing, An application that promotes the exchange of goods between neighbors. “Everything we have in the house that we don’t use every day, we can lend to each other instead of buying them,” she says.

In response to the high consumption problem that is accelerating the depletion of natural resources and increasing greenhouse gas emissions, she has launched a model in her neighborhood with environmental goals. Consumer motivations are multifaceted.

People will not necessarily do this out of environmental conscience, but it will protect them from buying and increase the rate of inflation. They also form social bonds. This is an excuse to meet your neighbors. And they do it because it’s very functional. It is faster than Amazon Prime and those who do not have a car can walk to access most items.

Fow Dawset, initiator of the project

Nearly 2,500 people use the prototype, which is currently embedded in Facebook groups that can be accessed by invitation. “It reaches people in the city and suburbs as well as the regions,” Fow Dawset said. There are also those who have started showing interest in the Kapu community. “About 90% of customers are able to meet their need within 24 hours of expressing their need, she adds.

The crowdfunding campaign launched in La Ruche this Tuesday aims to raise $ 50,000 to accelerate the development of a mobile application that is accessible to everyone with an annual annual subscription. If the $ 50,000 goal is reached, Recyc-Québec will donate an additional $ 25,000.

Customers can make requests and deliver the item through catalogs. In addition to property insurance, a trust certification system with customers is also expected to be included in the application.