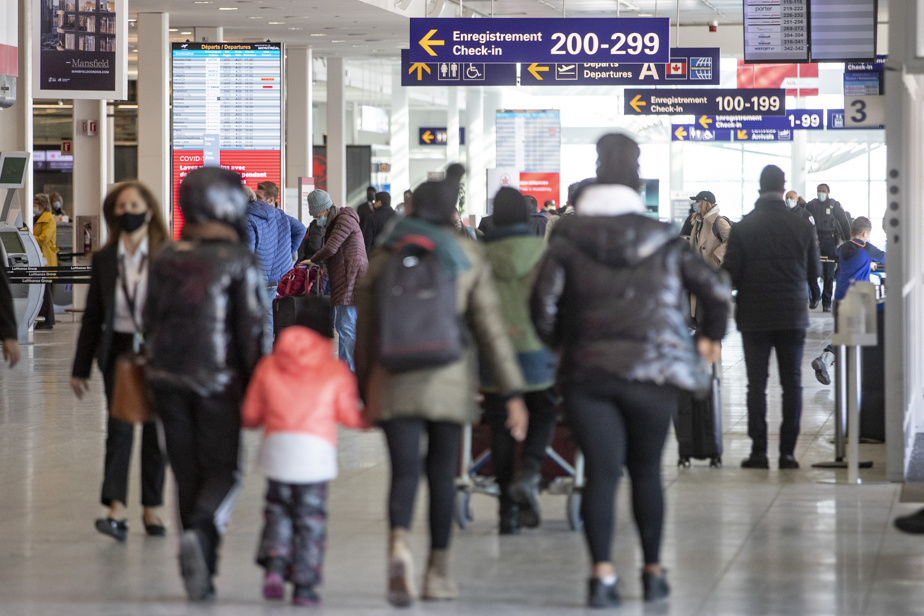 (Ottawa) Domestic and international travel in Canada, the federally controlled transportation sector, and federal government employees will no longer need vaccination passports as of Monday.

However, the Government of Canada reminds us that current requirements for vaccines are in place across the Canadian border because vaccination rates and coronavirus control in other countries vary considerably. All travelers entering Canada must continue to meet admission requirements, which must include a valid pre-entry test result if they have not been vaccinated.

The government attributed the decline in COVID-19 infections to a relaxation of regulations. The Public Health Agency of Canada reported a steady decline in the number of cases nationwide, although the provinces did not provide molecular testing to the general public and federal calculations became less accurate.

However, several measures have been in place since Monday. As such, the requirements for vaccinating cruise ship passengers and crew remain the same. In addition, mask wearing and other public health measures are being implemented on planes, trains and ships.

In addition to the requirement for many foreign nationals to be vaccinated to enter Canada, there are current border measures in place, as well as quarantine and testing requirements for Canadians who have not received their basic vaccine range.

The vaccine passport is no longer required on trains and buses in Canada, allowing non-vaccinated Canadians to travel more freely.

This change also affects federal workers who are placed on unpaid leave due to their vaccine status. The government did not disclose how many employees were laid off in this way, but reported last week that 98.5% of civil servants were fully vaccinated with two doses.

The Public Service Alliance of Canada filed a complaint against the government earlier this year on behalf of public servants who were placed on unpaid leave, but also on behalf of those doing teleworking, but needed to be vaccinated, otherwise they risked losing their salaries. Many other public sector associations have taken up similar challenges.

Last week, nearly 90% of Canadians over the age of 12 received at least two doses of the approved COVID-19 vaccine, while only 55% received a booster shot.