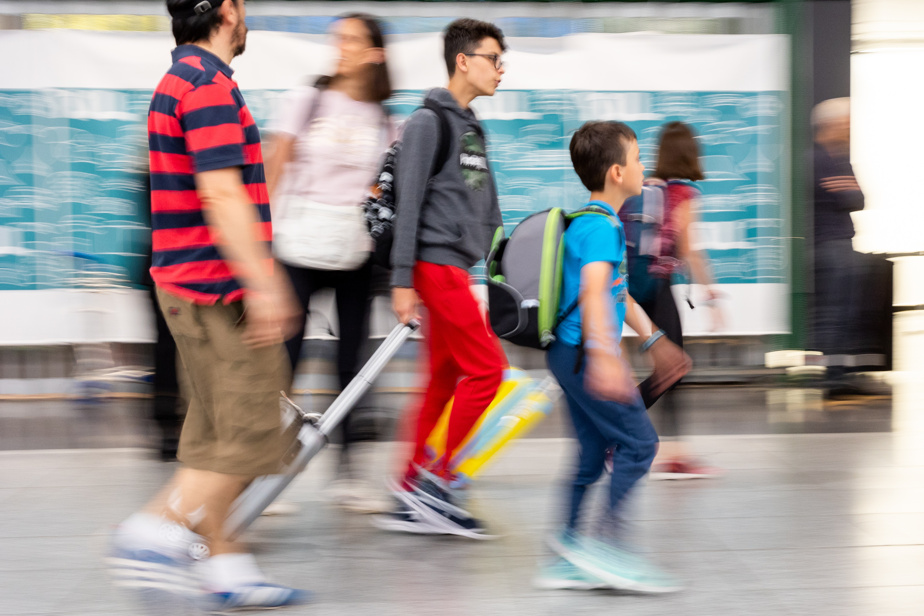 Thousands of Air Canada flights will be canceled this summer to deal with labor shortages and rising demand. Could this announcement jeopardize your future trips? Press Answers your questions.

Posted at 6:00 am yesterday

What other travel options?

Instead of departing from Montreal, some travelers may decide to fly from somewhere else. For example, they can travel an extra hour to Plattsburgh, USA.

” [Partir de Plattsburgh] That’s something Quebecers should definitely consider in their options, said airport manager Chris Krieg. If it works in their plan, a practical solution from Montreal. »

Can you enter the United States without a passport?

Children of Canadian citizens 15 and under may enter the United States by land or sea by presenting their birth certificate (or a copy) rather than a passport. Once on the other side of the border, it is best to check with the airline if a passport is required for a domestic flight.

A passport is required to enter the United States by plane regardless of age.

Traveling by train or coach, a good idea?

Traveling by train or bus can be an alternative to flying this summer, but beware, places are also limited.

Recall that Greyhound, the company that provided connections between Toronto, Ottawa and Montreal (and within Ontario), will end its services in 2021. However, it still provides routes to the United States.

For its part, VIA Rail Canada has 410 stations across Canada.

Which flights will Air Canada cancel this summer?

Air Canada canceled 154 flights a day on Wednesday, or more than 9,500 flights for the months of July and August.

“This is primarily due to reduced flight frequency,” Air Canada said via email. And mainly cross-border and domestic flights are served by small flights in the evening and late evening. »

Will my flight to France (or Thailand, or Australia) be affected?

No: International flights (except to the United States) are not affected by the cancellations announced by Air Canada. However, these timings may change “to reduce flights during peak periods and coordinate passenger flow”, the airline said.

How early will I know if my flight is cancelled?

According to information received by Air Canada, customers are automatically notified when their flight is cancelled. “The process is ongoing,” the media relations department said by email Thursday.

My flight is cancelled: can I make a change or get a refund?

Information provided by Air Canada is subject to change. Some reservations can be modified “immediately,” the media relations service directs. “For others, we will continue to look for alternatives and notify customers when options become available. »

Customers can also request a refund for their purchase at any time.

In addition, customers affected by the cancellation are entitled to compensation under the Canadian Charter of Passenger Rights, said lawyer Sylvie de Bellefeuille of Quebec group Option Consumetures.

The Air Passenger Protection Regulations, which came into effect in 2019, provide for compensation of $400 to $1,000 — in addition to refunds — for cancellations or delays “under the control of the carrier.”

And how is it elsewhere?

Flight difficulties, delays and cancellations are a global problem as summer approaches. In Britain, 30 flights were canceled at London’s Heathrow Airport during the morning rush hour on Thursday. In the process, the British government asked airlines to implement realistic flight plans and “warn passengers as soon as possible” in the event of disruptions.

In France, a firefighter social movement linked to wages led to the cancellation of 10% of flights on Thursday, with disruption expected to continue on Friday. In Spain, around fifty Ryanair flights were canceled and several hundred others delayed on Thursday, the fourth day of a strike by the company’s hostesses and stewards.

Since May in the United States, 21,000 flights have been canceled, or 2.7% of all planned flights.

With the Canadian Press, Agence France-Presse and Reuters