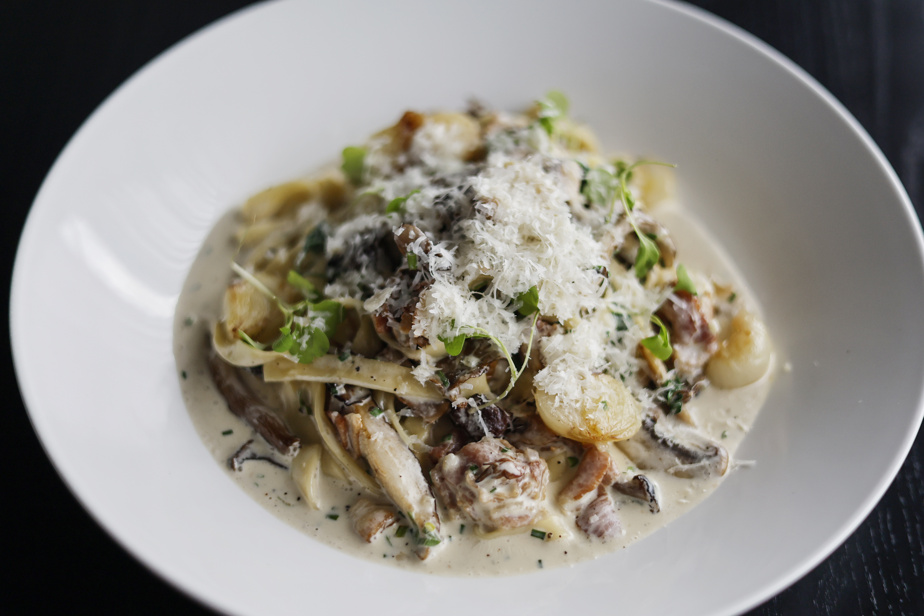 When he opened a “bring your own wine” restaurant a year ago along Highway 20, chef Ian Perreault knew he had to confound some skeptics. Yes, such a restaurant can serve quality cuisine even outside the metropolis. basis? Three of its establishments in Sainte-Julie, including the most recent Divino, opened this spring.

In this contemporary Italian restaurant, Ian Perreault and his partner, Chef Jean-Francois Parrott, offer gourmet cuisine. “We use somewhat French methods. Yes, there is cream. Yes, there is tomato sauce. All products are made at home. »

On the menu, there are eight starters, some meat and fish dishes as well as eight hearty fresh pasta plates, including a delicious fettuccine with mushrooms. “It became a classic very quickly,” says the chef.

This plate, which is prized by customers, is one of the low prices offered during the summer season on Wednesdays, Thursdays and Sundays. Two appetizers and two main courses for less than $40: in these times of inflation, such an offer is tempting. All that remains is to bring the drink. Even the finest bottles match Divino’s recipes, Ian Perreault assures.

In addition to the Italian restaurant, he and Jean-Francois Parrot are behind Les Cuisinières and Yamato, both establishments at the same address. The first was born in June 2021. It offers grilled meat and excellent tartares. The second is a Japanese bistro that has been around for 17 years and whose menu has recently been revamped.

A chef consultant for ten years, Ian Perreault, who was involved in the opening of Chez Lionel in Boucherville in 2013, vowed he would no longer own a restaurant. What motivated him to break his promise? “Mental illness, maybe,” he replies jokingly.

In a more serious tone, he talks about “business opportunity”, “right rent”, “different concept”. The idea of ​​cooking quality food, but in large quantities, “turned her on a lot”. “I found the challenge interesting,” he concluded.