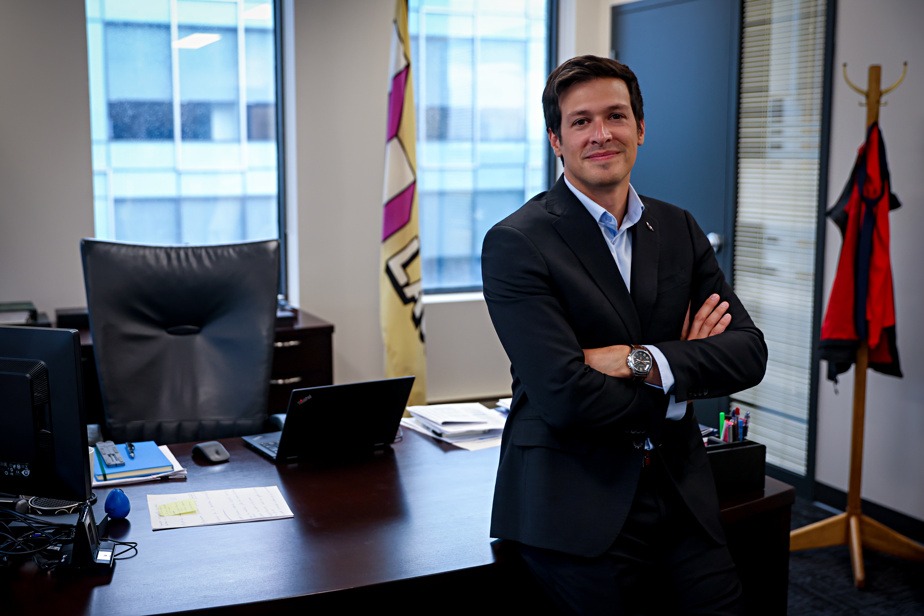 More greenery, fewer parking spaces, new gas stations and no businesses closer to the streets: the city of Laval this Wednesday will bring a new urban planning by-law to the “21st.e century,” said Mayor Stefan Boer.

“It’s about time. The last time we updated these rules was in the 1970s,” the 34-year-old elected official said in an interview. Press. We want to be at the forefront of Quebec cities in sustainable development”, says Mr. Boyer, speaking of a small revolution for Laval, but “also for the municipal world”.

His administration will first set “very high” green standards for any new development or redevelopment, for example by reducing the maximum motorable surface to 10% in central sectors.

In single-family residential sectors, a “minimum front yard greening” is imposed instead, varying between 30% and 60% depending on the size of the lots. A maximum of 30% of the areas reserved for automobiles shall also be established in multi-family residential areas.

“The idea is not to ban parking. These thresholds force developers to think differently, such as developing parking underground or behind their businesses. We want commercial buildings to be built close to the street, giving soul and vibrancy to neighborhood life. We want people to be able to live locally,” the mayor emphasized.

As of Wednesday, the Boer administration will not authorize new gas stations on its territory. “We feel like we have gone elsewhere. The existing stations can continue to function properly, but we will not allow new ones in the future,” the main interested party said.

In contrast, all new buildings — whether commercial or residential — must be equipped with “at least one electric charging station,” we read in the city’s documents. It wants to “ban advertising display structures” along boulevards and in residential areas. However, these mega-displays are allowed on Laval highways.

When asked if he expected these changes to be criticized by some – despite the fact that the majority of Laval’s population still travels by car – Stéphane Boyer replied that “many people, on the contrary, are waiting for this reform.

We know there will be resistance. It all happens gradually. Not everything will change overnight, according to development projects. Slowly but surely the city is changing its face.

While Laval has long been considered a “suburban town and a dormitory town,” it has “its own dynamic.” “I believe our city is ripe for this change. And I think the population will join us,” the mayor added, adding that a public consultation involving more than 800 people was held on the adoption of the town plan.

In the mayor’s view, the Covid-19 pandemic has made people realize that neighborhood life is vital. “People want more than ever to enjoy their parks, their streets, their everyday lives. Until now, Laval has been said to be the most utilitarian city, where moving from point A to point B is easy, but not necessarily pleasant. This is exactly what we want to change,” said Mr. Boyer. Finished.

READ  Truckers ready to return to Ottawa next weekend

At the end of June, the Societe de Transport de Laval (STL) also took a decisive step: towards the full electrification of services to customers by announcing the expansion of its maintenance facilities and the development of 145 spaces dedicated exclusively to maintenance and charging. Electric buses.

This major $246 million infrastructure project, 85% funded by the governments of Canada and Quebec, will double the amount of space dedicated to operating buses, both hybrid and electric. It above all connects the administrative center of the company with its industrial facilities to form a single large complex.