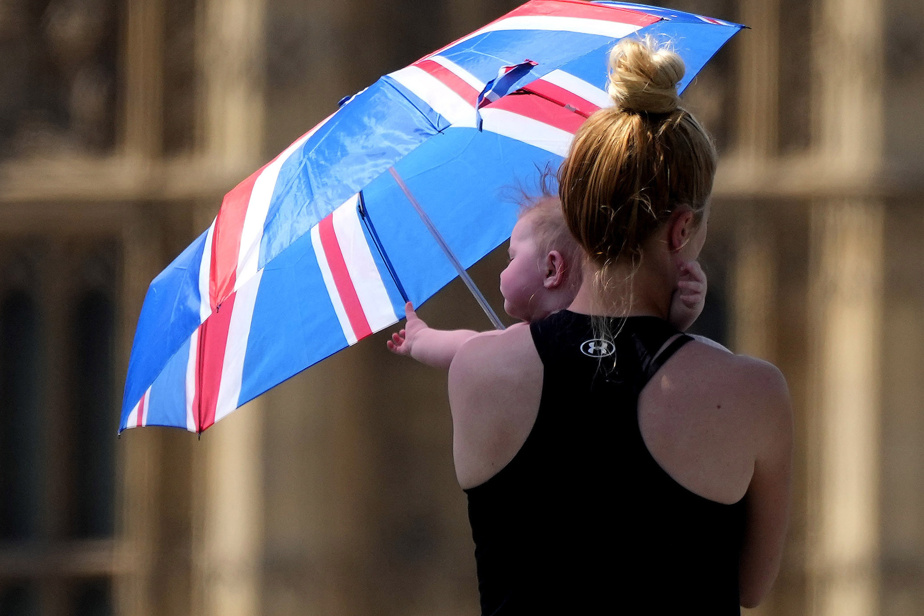 A heat wave continues to ravage the Old Continent: forest fires have scorched the south-west of France and, for the first time in history, temperatures in the United Kingdom have reached 40°C.

The mercury in the town of Coningsby reached 40.3°C, a temperature never before recorded in England, according to the Met Office, the British weather service. The thermometer at Heathrow Airport in west London recorded 40.2°C on Tuesday.

The national heat record was in 2019 with a temperature of 38.7 °C. Scotland also broke its temperature record as the mercury soared to 34.8°C.

Many trains were canceled in England on Tuesday due to intense heat. In Paris, the Régie Autonome des Transports Parisiens has been forced to slow down trains due to extreme heat putting infrastructure at risk. The temperature rises up to 57°C in some sections of the tracks.

In the United Kingdom, the infrastructure is not adapted to such heat. Buildings are not designed to withstand extreme heat. On the contrary, houses are built to retain heat to cope with cold winters, Daniel Victor The New York Times.

A 40 hectare fire has broken out in the village of Wennington in East London due to scorching heat in the UK.

Experts estimate that the mercury is 10 times more likely to rise to 40C in the UK today than in pre-industrial times.

In 30 to 70 years, such intense heat waves are expected to stretch for more than 30 consecutive days, Eric Villeneuve, an atmospheric chemist at the University of Bordeaux, emphasized in an interview.

Already, a week into the heat wave, 748 heat-related deaths have occurred in Spain and Portugal. In the Gironde, 37,000 people were evacuated to escape the flames.

The southwest of France is still on fire

The French department of Gironde has been on fire since July 12. Two large fires in the municipalities of Teste-de-Buch and Landiras have consumed nearly 20,000 hectares of vegetation.

During the night from Monday to Tuesday, smoke engulfed the town of Pessac and covered the city of Bordeaux.

“It’s suffocating,” lamented Adeline Lebeault, who lives in Gironde, about 30 kilometers from the fires, in a telephone interview.

We close the windows, but it gets through. I have ash in my house.

It was a “disaster” episode, Eric Villeneuve underlined. PM2.5 Because they are small, they are easily introduced into the respiratory tract. Thus, they reach the lungs and cause respiratory and cardiovascular diseases, explains the expert. Moreover, Public Health France estimates that 40,000 deaths a year are attributable to ambient air pollution.

The forest affected by the fires in the Gironde covers more than 1 million hectares and represents the largest vegetation cover in the south of France. It is made up of 95% maritime pines planted for economic purposes. Eric Villeneuve lamented that its disappearance with such force was a “human tragedy”.

For Anne-Sophie Brunel, originally from Arcachon, the Pilat dune, destroyed by fire, is a regional symbol and the lung of the Gironde. “I am very sad to see this area go up in smoke,” she lamented.

In social networks, populations are being mobilized to provide shelter and food for the evacuees. Residents also prepare meals for firefighters trying to contain the fire, Anne-Sophie Brunel stressed. It is an “extraordinary” solidarity.

With the emergency evacuation of homes, many pets were left in fire-prone areas, she adds. The Facebook group Incendie Gironde Urgences Animaux 33 was created by residents to help abandoned animals. There are now more than 6,000 members. Photos of pets are circulated in the group in hopes of finding masters. People are also agitating to save wild animals.

In addition, around 370 animals from the Teste-de-Buch zoo were repatriated to the Pessac Zoo near Bordeaux, several kilometers away from the flames.