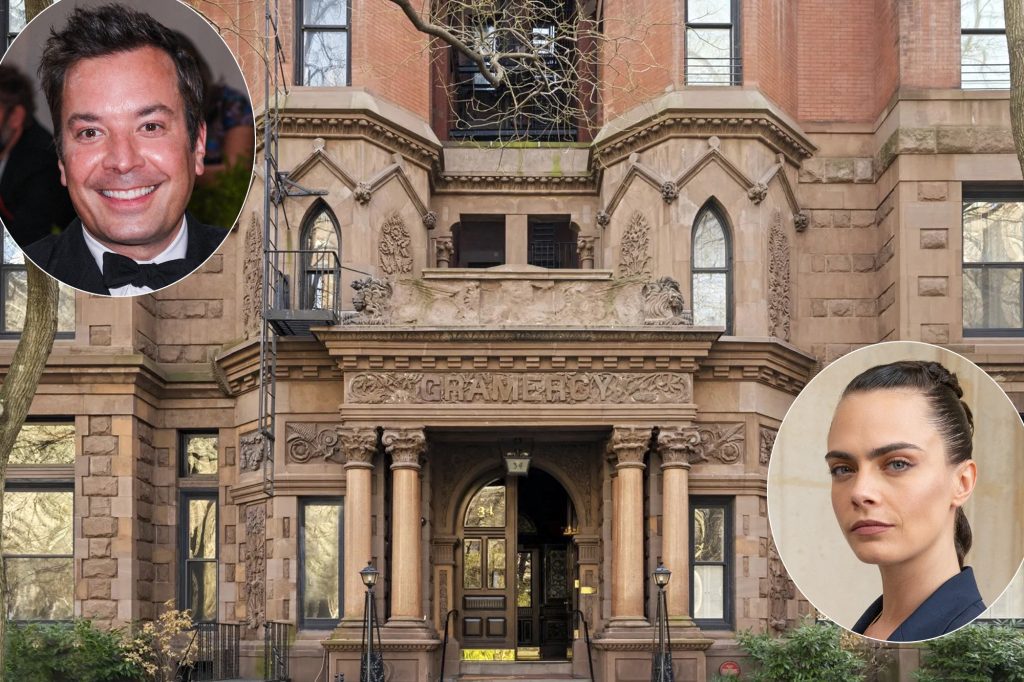 Cara Delevingne Paid $10.8 million to purchase the New York property Jimmy Fallon . According to “The New York Post “, the huge triplex was initially put up for sale for $15 million, but the British supermodel was probably able to negotiate the transaction.

In 2002, the NBC presenter bought an $850,000 bachelor pad in this Manhattan mansion. Over ten years, he bought apartment by apartment to form the final residence of 465 square meters, which he took care to redecorate according to his taste.

To read: Sofia Vergara and Joe Manganiello have split from their California villa

The six-bedroom triplex is housed in an 1883 building, facing Gramercy Park, a private park whose keys are provided to each owner who lives around the lot. Jimmy Fallon lived there with his wife, film producer Nancy Juvonen. Married since December 2007, the couple are parents to Winnie Rose (9 years) and Frances Cole (7½ years).

Other notables have lived in the mansion, including “The Glorious Parade” actor James Cagney and Margaret Hamilton, the Wicked Witch of the West in “The Wizard of Oz.”