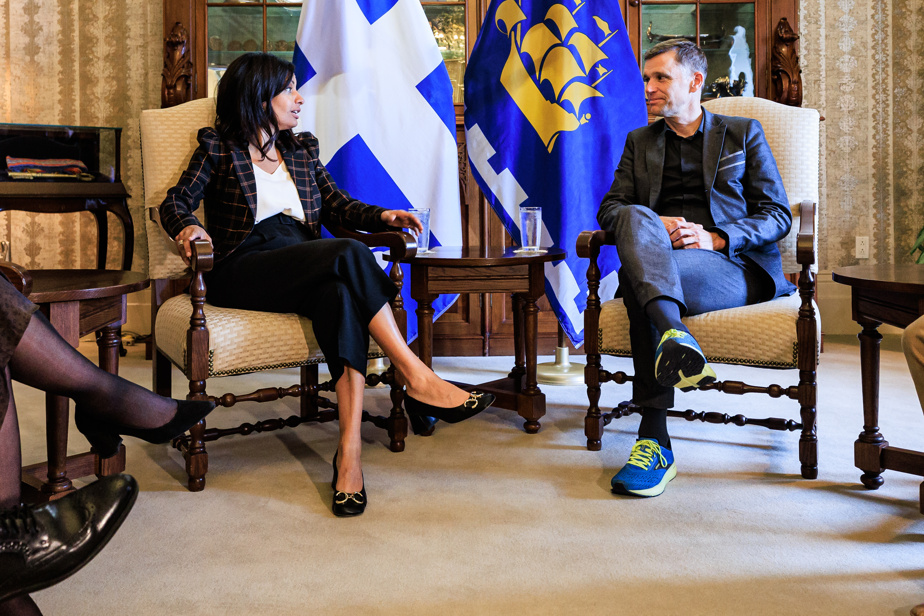 (Quebec) Dominique Anglade promised to cooperate with the cities and to “put an end to strife” with Quebec. That was her message in her first official meeting with Quebec City Mayor Bruno Marchand on Wednesday.

“I expressed my sincere desire to work in partnership with Quebec City, to respect municipal autonomy. I want to put an end to the division and strife we’ve seen here in Quebec,” the Liberal leader said at the end of a meeting with the mayor of Quebec on Wednesday at City Hall.

She apparently sparked a disagreement last spring between Quebec City and the Legault government about the progress of the tramway project. Last March, the coalition Avenir Quebec government opposed the creation of a shared street on René-Lévesque Boulevard. This earned a frontal charge from Mayor Marchand against the Legault government.

Dominique Anglade also recalled that the Marchand administration was not interested in a third link project between Quebec and Lévis. Again on Tuesday, Bruno Marchand confirmed that we “cannot go over the body of the city of Quebec” in this project, but the studies are not yet known. The Liberal leader added the Quebec bridge repair as talks between Quebec and Ottawa continue.

“Look at what happened with the Quebec bridge and the federal government: chicanery, no results for Quebec. Tramway: It took everything for us to move forward. Third link: In the same context, quibbles, quibbles. I tell you, I want an end to the quarrels,” said Mme England.

The Quebec Liberal Party opposed the city center to city center under river tunnel project as proposed by the CAQ. The Liberals are proposing to expand the upcoming tramway project to link Quebec City to Lévis, but have yet to decide where that will go. An English government has started studies on the problem to establish the best possible way forward.