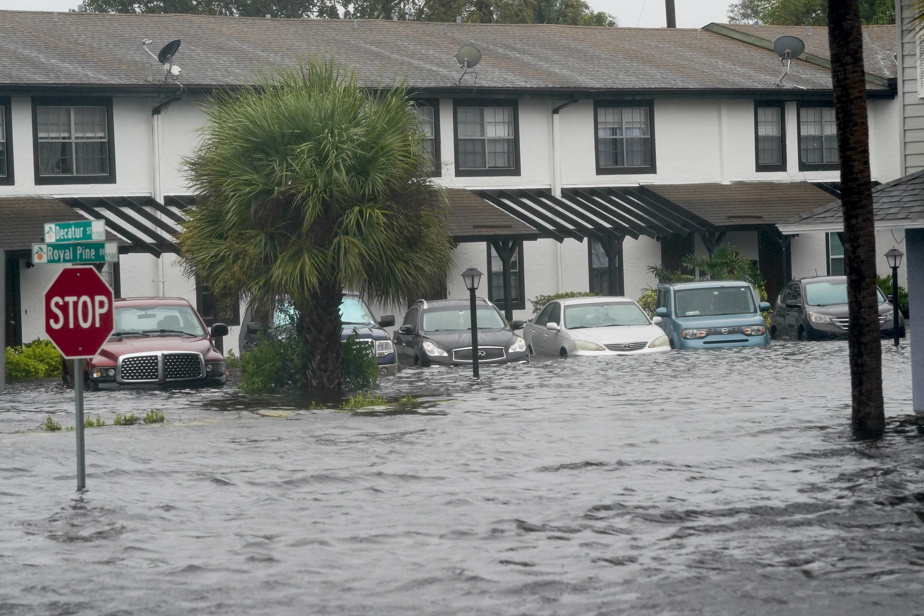 (Fort Myers) The United States on Thursday experienced “historic” damage from powerful Hurricane Ian, which “devastated” some cities in Florida and may have killed two people, according to the state’s governor.

“We don’t have two deaths confirmed yet because we don’t know if they’re storm-related,” though it’s “possible,” Ron DeSantis said.

We have never seen such floods.

“Some of these areas, Cape Coral, the city of Fort Myers, were really flooded and really devastated by this storm,” the governor continued, referring to the “historic” damage.

Ian, since downgraded to a tropical storm, made landfall in Southwest Florida on Wednesday afternoon as a Category 4 hurricane (level 5) before bringing strong winds and torrential rain.

It is still too early to assess, but some physical damage has already been seen a few hours after the hurricane passed.

As of Thursday morning, more than 2.6 million homes or businesses were without power out of a total of 11 million, according to the separate site PowerOutage.

Punta Gorda, a small coastal town in the hurricane’s path, woke up without power. A bulldozer cleared fallen palm branches as firefighters and police roamed the streets to assess the damage.

Ian uprooted some trees, knocked down utility poles and street signs. The early morning rain on Thursday flooded the streets of Marina.

“At the moment I am relieved, but yesterday I was worried,” said the 70-year-old.

“It’s incessant, it’s constantly flying over our heads. You can hear metal banging against the building. It’s dark. We don’t know what’s going on outside,” he said.

Lisamarie Piero, who lives in the city, said she was relieved to see her home “still standing” without flooding.

“It was long and intense. And then it stopped. And then again,” she explained.

Faced with the extent of the damage, US President Joe Biden declared a state of major natural disaster on Thursday morning, making the decision to release additional federal funds to affected areas.

In Naples, images from the MSNBC channel showed completely flooded streets and cars floating in the current.

Pete DeMara, the fire chief of the southwest Florida town, told CNN that up to two meters of water suddenly gushed into his fire station, preventing his crews from responding to calls.

Not far from the hurricane’s path, near the US archipelago of the Keys, rough conditions capsized a boat carrying migrants.

On Thursday morning, the coastguard was looking for another 20 people, three rescued the day before and four others who swam to shore.

Although weakened, Hurricane Ian continued its destructive path toward South Carolina on Thursday.

According to the US National Hurricane Center (NHC), it will pack winds of 100 km/h and create “catastrophic” flooding in east-central Florida.

Ian is expected to emerge over the western Atlantic by the end of the day, according to the NHC, which predicts Ian will “reach hurricane strength as it approaches the South Carolina coast on Friday.”

As the surface of the oceans warms, the frequency of the most intense storms will increase with stronger winds and more rainfall, but not the total number of storms.