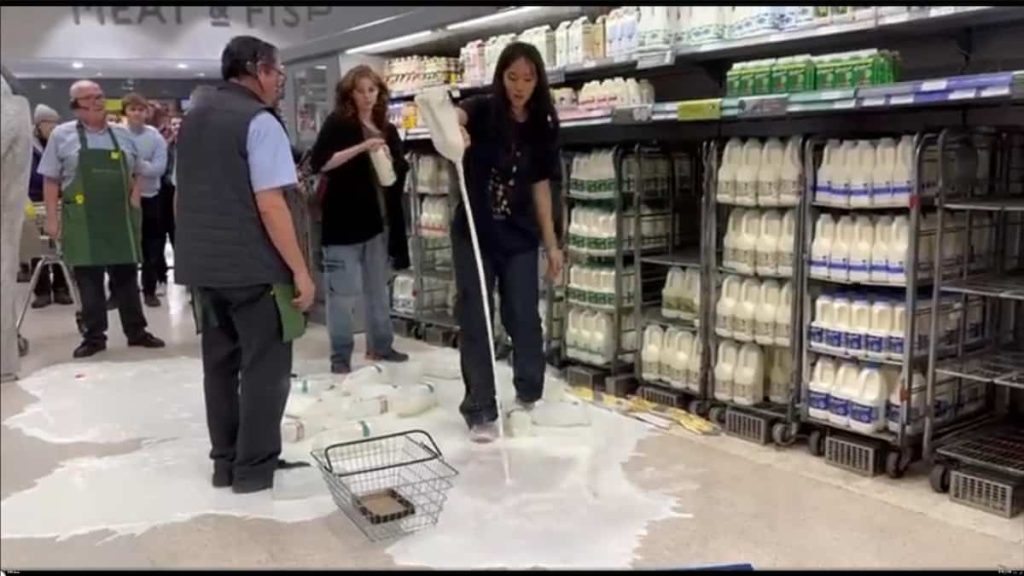 In many videos, we can see people pouring liters of milk on supermarket floors and displays.

crowd, Animal RebellionCoordinated its actions across the country, particularly in Waitrose stores, Whole Foods And Marks and Spencer in London, Manchester, Norwich and Edinburgh.

“Dairy companies are responsible for more greenhouse gas emissions than oil. They also emit the majority of methane emissions”, can we hear in one of the videos published on the social network Twitter.

In a similar vein, another demonstrator said she had already taken all possible democratic means. “They don’t work. We tried to vote. We tried to write petitions”, she said, surrounded by twenty people watching the scene without moving.

In another video, a protester standing on a shop counter calls on the UK government to “support farming and fishing communities in making the right transition to a plant-based food system”.

Animal Rebellion It claims to be protective of animals and the environment and wants to force the government to impose a plant-based system to prevent cow slaughter.

READ  OnePlus 8 is now $ 100 off in every configuration