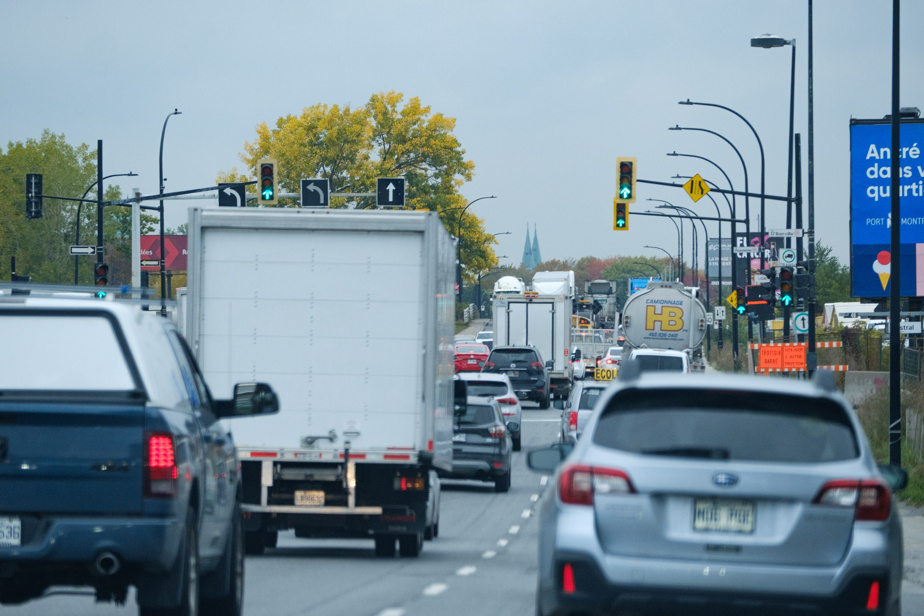 More than ever, the Montreal Metropolitan Community (CMM) wants to implement a kilometer tax, a project that has been debated for ten years. The organization will announce this Thursday a feasibility study to be published next summer based on the Brussels example to develop a management platform.

“We are not at the stage of thinking about the advisability of doing things now. We must move now. Action needs to be taken,” said Michelle Auclair, CMM’s metropolitan transport team leader, in an interview. Press. He thus addressed the expected increase in congestion in Greater Montreal, in connection with major closures expected in the Louis-Hippolyte-La Fontaine tunnel.

Encouraging the shift to public transit is absolutely necessary, but for that, we need services and adequate funding, and therefore new funding. Kilometer tax is one way to achieve this.

“With the increase in the electrification of the vehicle fleet, municipalities must prepare for reduced gas tax revenues in the coming years,” argued Mayor Valerie Plante, president of the Metropolitan Community.

Since 2017, revenue from gasoline taxes has been declining by approximately 0.6% per year.

Tenders should be called within two weeks

From November 4, the CMM will launch a call for tenders to find a “consultant” responsible for a feasibility study to implement a one kilometer tax system. The study will be launched in January, will conclude in August 2023, will include a proposal for a technical model, management structure and calculation of financial impacts.

“What we want is to have a system that can be implemented in two weeks, even though we know very well that we cannot implement it tomorrow morning. In the future the ball will mainly be in the government’s court. This study, we hope, will encourage the emergence of consensus”, explains the manager further.

In mid-October, the Montreal Journal The Ministère des Transports du Quebec (MTQ) has also revealed that it is studying different scenarios for new taxes targeting motorists.

The idea of ​​a kilometer tax has also been mooted by the government, but is still at a very preliminary stage. Outgoing Transport Minister François Bonnardel has promised that these taxes will not see the light of day during the mandate that begins.

In Mr. Bonardel’s office, we are very cautious about the question of whether the plans will include a kilometer tax. “The minister made it clear last week: there is no question of increasing the tax burden on Quebecers,” replied his press attaché, Claudia Loupret.

Get inspired by Brussels

The mandate to be delegated by the CMM depends on the specifics SmartMove, an intelligent application that calculates the travel time and duration of each motorist in Brussels, Belgium and then rates it. The organization, set up in recent months, hopes to “solve the problems of traffic jams in Brussels” and encourage the use of public transport.

Specifically, the user starts the application by starting a car journey. He is immediately advised to use other means of transport, but if he still wants to drive, the counter starts. The camera system allows officers to conduct random checks through license plates to determine if the user has triggered the app. Penalties may apply otherwise.

You can learn a lot from Brussels. Even though we started talking about kilometer tax ten years ago, the technology has not been updated. Technology costs are high. Now that is not the case.

The latter states that “the big question today is not technology so much as social acceptability”. “But to discuss acceptability, you have to separate the issue of behavior. People don’t really know what it costs society to travel by car, other than public transport,” maintains Mr Berube.

“If we had the same visibility as the road network on the costs of public transport, in short, if we knew how much motorists would be subsidized to complete their journey, perhaps the discourse would change”, in this sense also provoked Michel Clear.

To this day, CMM refuses to say how much its future mileage tax will cost each motorist, but Michael Aclair assures us that the aim is not to “strangle motorists”, but to encourage them to change their habits. However two geographic scenarios were retained: the first included Saint-Jérôme as well as its entire territory, and the second also applied the tax to “perimetropolitan” municipalities near Greater Montreal.