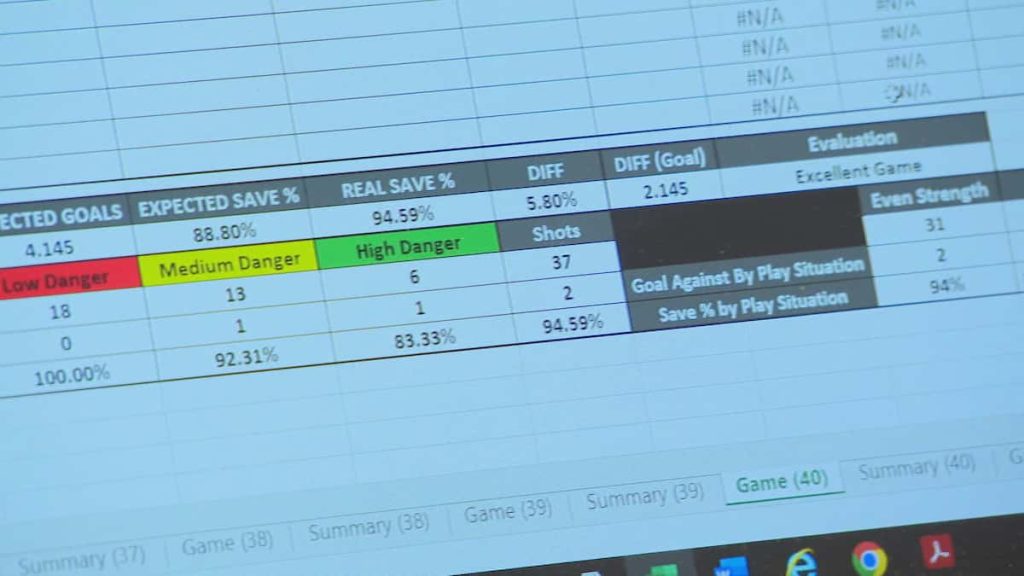 Two Quebecers from the Lévis region have developed an advanced statistics program for the local team’s goaltenders, but their invention is getting attention…even in the NHL!

Ugo Bélanger and Jonathan Deschenes pitched in 2017 for the Lewis Knights playing in Midget AAA.

The two men were looking for a way to better evaluate the performance of the team’s goalkeepers.

Those who play at the net are often judged on save percentage, but that yardstick isn’t enough for them.

Since then, their new program, called PASS, has made it possible to evaluate new factors such as the origin of shots and the number of shots.

A few years later, Deschenes and Bélanger were approached by the goaltending coach of the Minnesota Wild Academy, who was won over by their software.

The coach finally decided to buy the program of the two Quebecers to feed the school club and the NHL team.

Ugo Bélanger described the success of his invention.

“It’s word of mouth. I received an email from a professional team coach in Switzerland. He bought the model two years ago,” said Mr Belanger.

Jonathan Deschenes notes that his program is now being used by other NHL teams.

“To see it used at the moment (…) I still find it impressive”, he believes.

READ  Health and safety | FTQ goes to war against reform