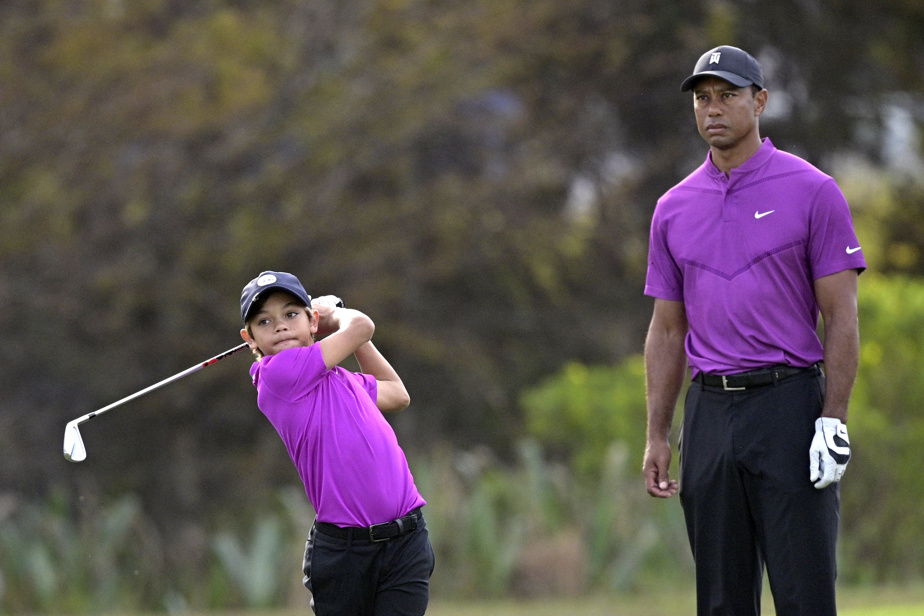 Sporting a famous hook on his ater loco, the tiger covered his tee wood looks great on an expensive covered golfer course.

Tiger’s 11-year-old son Charlie Woods made his television debut at the PNC Championship on Saturday, and he played like he was playing at home according to his father.

Charlie followed the same etiquette as his father, celebrating with a fantastic -3 woodblock with his fist, which left the ball three feet from the hole for the Eagle at the third pennant.

They both finished the first round with a 62 (-10) card, with four strokes behind Matt Kuchar and his son Cameron.

Charlie Woods is the youngest player to participate in the 36-hole event, which began in 1995 for major tournament champions and their families. He enjoys golf enough to compete in junior tournaments and he never threatens to play in front of spectators and cameras.

His speed is very fluid. Justin Thomas, who played with his father Mike, also said about Charlie that he looks like his father. Thomas played 62 like Wumas and shared sixth place with five other duos.

Vijay Singh and his son handed over the Cos 60 card and they finished second only at -12.