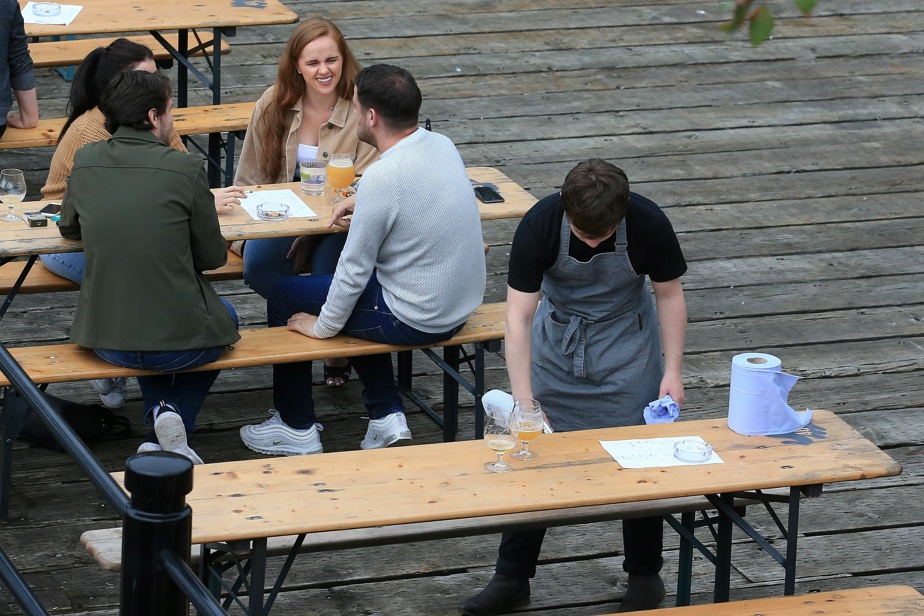 (London) His services announced on Sunday that British Prime Minister Boris Johnson would confirm on Monday the easing of sanctions on the coronavirus-based pandemic based on improving health conditions.

The traditional leader will unveil the third phase of his decompensation roadmap on Monday afternoon after taking stock in the morning with his ministers. The new phase comes into effect on May 17 and some restrictions on foreign travel have also been relaxed.

From that date, the British should be allowed to meet in closed spaces: six persons or two households. Foreign Minister Michael Gove told the BBC on Sunday that the government wanted to re-establish a “relationship between friends and family” that would allow them to hug each other.

Pubs and restaurants will once again be able to serve their customers indoors and 30 people will attend the weddings. Outside, meetings of more than 30 people should be prohibited.

COVID-19 has killed more than 127,000 people in the United Kingdom, the worst country in Europe with the disease.

But the infection rate has dropped to its lowest level since September and hospital admissions in some areas have been declining or continuing to be low, Downing Street said.

According to estimates from the National Bureau of Statistics (ONS), 1 in 1,180 people were infected with the coronavirus in early April, compared with 1 in 480.

Since the vaccine campaign began in early December, more than 35 million of the 68 million residents of the United Kingdom have received the first dose of the Kovid-19 vaccine and the government says it is “on track” to achieve this. The goal is to provide the first vaccine to all adults by the end of July.

READ  Flooding of monsters: 50 mm dropped in a few hours

“The data reflects what we already know – we will not let this virus win,” Boring Johnson said in a statement from Downing Street.

“Our vaccination program continues to be successful – two – thirds of adults in the UK have now received their first dose – and we can now deconfine carefully, but not irreversibly.”