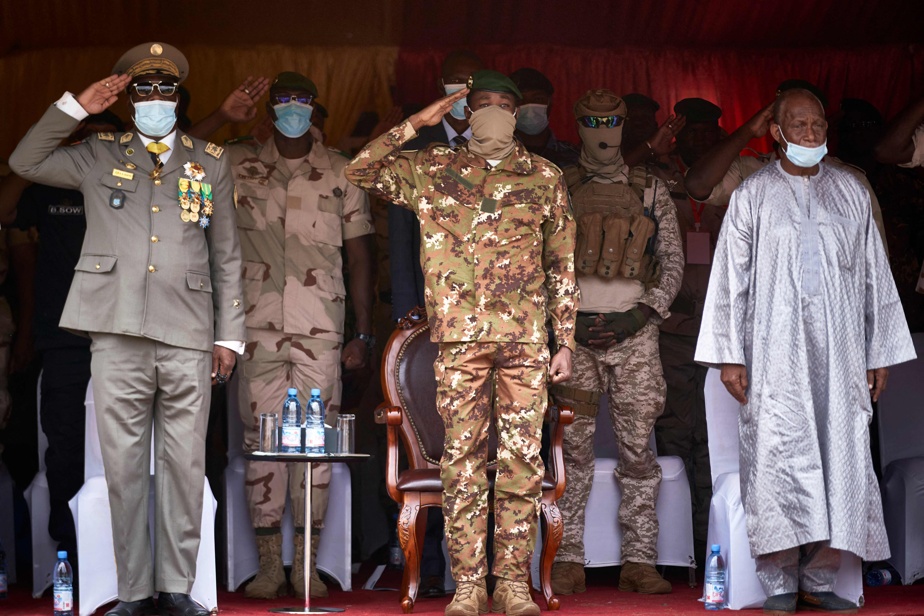 (Brussels) “Unacceptable coup”: European leaders “strongly condemn the arrest of the President of Mali and his prime minister” Emmanuel Macron has called for an emergency meeting of the UN Security Council following the summit of the European Union and France on Tuesday.

“In the coming hours, if the situation is not clear, we are ready to take sanctions against the protagonists,” Emmanuel Macron told a news conference.

Colonel Assimi Gosta, a strongman of the Malian power, said on Tuesday that the president and transition had achieved their emancipation from the prime minister, who, according to him, was guilty of attempting to “sabotage”, equivalent to the second phase in nine months.

“We strongly condemn the arrest of the transitional president, his prime minister and their associates,” said Emmanuel Macron.

“What the military putchists have undertaken is an unacceptable uprising, which calls for our immediate condemnation,” the French president said.

In a statement regaining control despite frustration and widespread international rejection among the Malians, Colonel Gosta accused President Bahnadov and Prime Minister Moctor Owen of forming a new government without consulting him, even though he was responsible for defense and security in key areas of the troubled Sahelian country.

Just minutes before French Foreign Minister Jean-Yves Le Drian and Emmanuel Macron, France indicated to the National Assembly that it was asking for an emergency meeting before the United Nations Security Council.

It strongly condemns the coup, “demands the release of the authorities” and “immediately resumes the normal course of transformation”.

“If any transition does not return, we will take immediate targeted action against military and political leaders who obstruct the transition,” the French minister warned.

Minusma, the African Union (AU), the United States, the United Kingdom and Germany also “strongly condemned the coup attempt”. They denied any wrongdoing in advance, including the forced resignation of the arrested leaders.

UN Secretary-General Antonio Guterres on Monday called for “calm” in Mali and for MM’s “unconditional release”. Ndav and u Van.