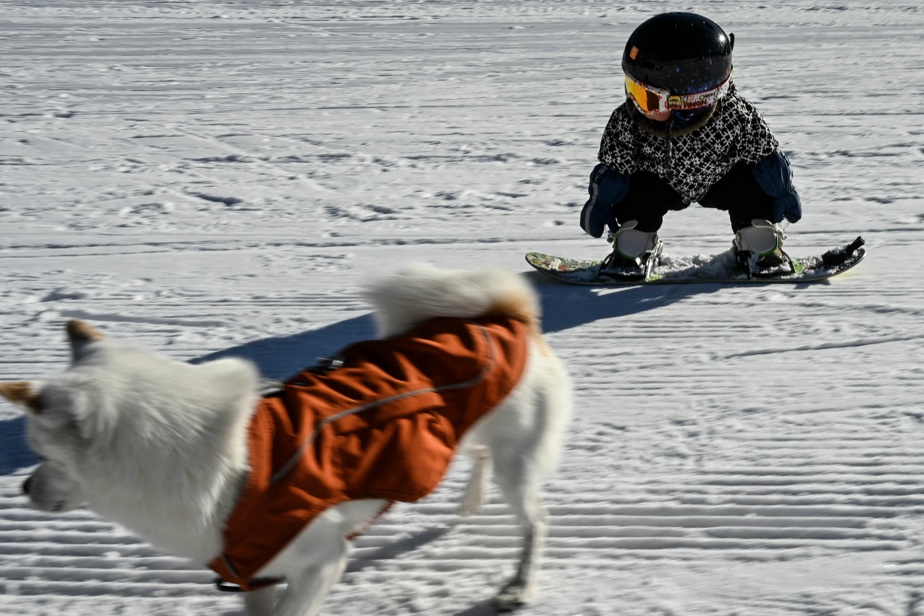 (Chongli) She still does not know how to walk, but is already (slowly) touching the slopes: at just 11 months old, the rising snowboarder is making a sensation in China on the site that will host the Beijing Winter Olympics.

Two months before the Games (February 4-20, 2022), Yuji, dressed in several layers, was about to go up the slope in her parents’ luscious gaze.

Unlike many beginners who struggle to keep their balance on their board, the girl shows confidence that is in stark contrast to her age.

“We put her in (snowboard) shoes one day and realized she was standing,” her mother, Fan Zhuin, laughs.

“So we took her up a little slope and noticed her bending over the board,” she explains.

Yuji did not make his first steps on the snow until the beginning of November on a family vacation. But the little girl loved it.

Since then, she has joined other old enthusiasts every morning on the slopes of the Taiyu Ski Resort in Chongli-Zhangjiaco, one of the next Olympic Games host cities.

Yuji is still too small to control her speed and direction. So his parents are watching.

“You’re doing well! They will be amazed when you walk around with him.

In view of the Olympics, China has strongly promoted winter sports in recent years. Ski resorts have grown and millions of Chinese people interested in recreation have started wearing skis and snowboards.

Yuji’s father Wang Shu was one of those who changed.

A brand new snowboarder, encouraged by his daughter’s talent, says he wants to become an instructor to help her progress as she grows up.

When Yuji is not on her board, she crawls on all fours in the fresh snow and tries to take her first steps.

Her videos have been viewed tens of millions of times on Chinese social networks and the small prodigy inherited the nickname Bibi (“Baby”) given to her by her army of online admirers.

In Thailand, as a celebrity, she is spotted by some passersby, many of whom stop to take a photo with her.

“A lot of people tell us, ‘She’s super talented, she’s supposed to be at the Olympics someday.’Me Fan.

“It is a great thing that she is bringing glory to her country. But she is still very young, ”she stressed. “When she grows up, she does what she wants and we respect her choices.”