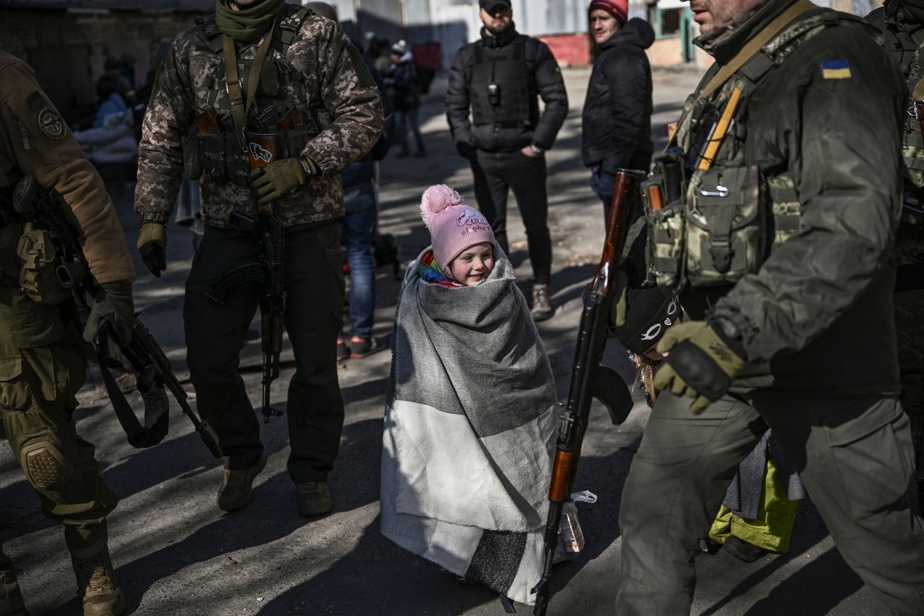 Russia said on Thursday it would open humanitarian corridors every day for Ukrainians fleeing the (Moscow) conflict to reach their territory, but Kyiv called for corridors that would allow civilians inside Ukraine to evacuate.

“We officially announce that the humanitarian corridors for the Russian Federation will now be open unilaterally, without coordination, every day from 10 am (EST at 2 am),” said Mikhail Mizintsev, a senior official of the Russian Ministry of Defense.

Corridors going “in other directions” will be negotiated one by one with the Ukrainian authorities, Mizintsev added.

“We guarantee full security in the territories controlled by the Russian armed forces,” he continued, calling on the International Committee of the Red Cross (ICRC) and the United Nations to “work with Ukrainian authorities on the spot and inform the population.” This initiative.

He noted that Moscow had already deported “more than 187,000 people” to Russia, which had not been independently verified.

Many civilians were trapped in towns surrounding the Russian army in Ukraine, often having to hide in basements to protect themselves from bombings.

Recent three rounds of talks between Russian and Ukrainian negotiators have led to several local ceasefires and the opening of humanitarian corridors to evacuate civilians from the surrounding towns.

The Russians and Ukrainians have repeatedly accused each other of violating these agreements.