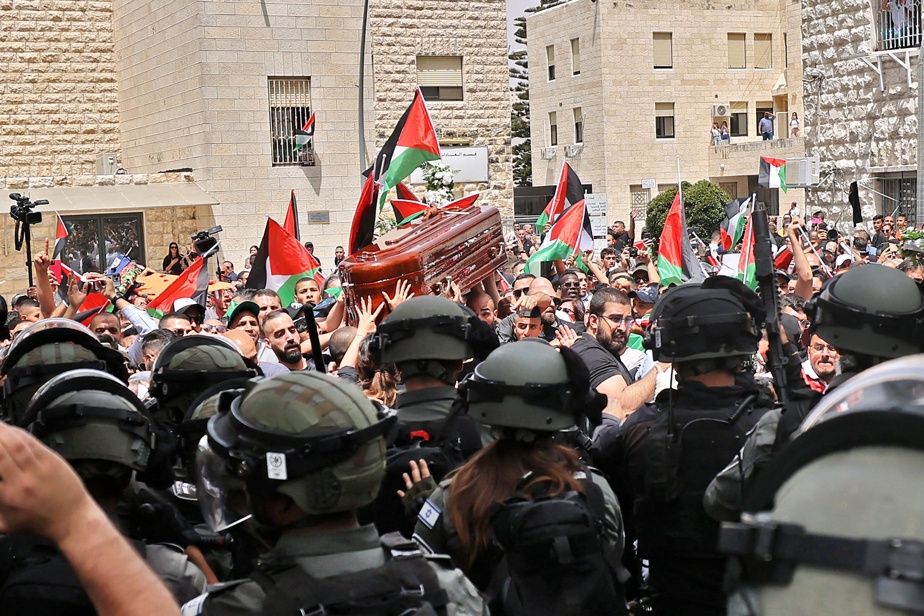 (Washington) The United States was “deeply disturbed” by the “Israeli police incursion” during the funeral of Palestinian-American journalist Shirin Abu Akleh, said Anthony Blinken, head of the U.S. embassy on Friday.

“We are deeply disturbed by the images of Israeli police infiltrating the funeral procession,” the journalist’s secretary of state said in a statement.

When the coffin was taken out of St. Joseph’s Hospital in East Jerusalem, the Palestinian sector in the city was occupied and occupied by the Jewish state, and Israeli police stormed the establishment’s premises and tried to disperse the crowd by waving Palestinian flags.

“Every family deserves to be able to bury their loved ones with dignity and freedom,” said Anthony Blinken, who called for calm and warned against “any action that could exacerbate tensions.”

“We have all seen these images, and they are deeply disturbing,” said White House spokeswoman Jen Psaki, who also lamented the “intrusion into what should have been a peaceful procession.”

Al Jazeera TV figure Shirin Abu Akleh was shot in the head while covering an Israeli military offensive in the Zenin refugee camp in the North West Bank, which has been occupied by Israel since 1967.