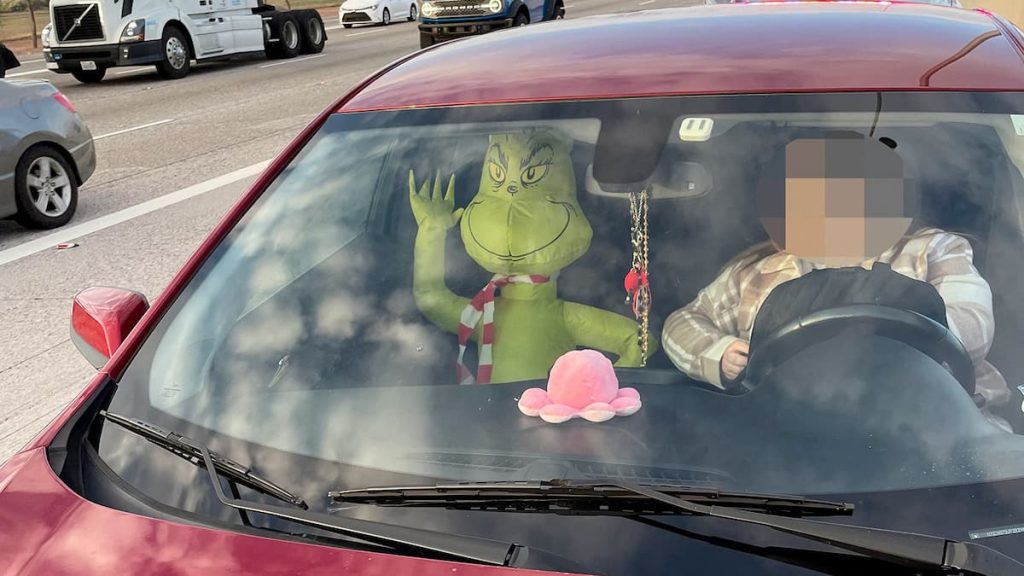 In the United States, you only need to have one other passenger in your car to take the fast lane reserved for carpooling … but inflatable puppets, even the Grinch’s effigy, don’t count, Arizona police had to bravely remind. Motorist before Christmas.

An officer in a western US state last week “stopped a motorist in a carpool lane with a Seuss-pect ‘passenger,'” the Department of Public Safety joked on Twitter on Tuesday, referring to Dr. Seuss, author of The Grinch.

After a careful inspection of the cabin, it is revealed that the accompanying green is an inflatable version of the monster whose mission is to destroy Christmas.

In the children’s book, the Grinch ends up admiring the people of Chauville, who would continue their celebrations even without the presents he stole.

But a few days before the end of the year’s celebrations, the policeman did not let him move: the motorist left with a fine in good and proper form.

“If we appreciate the spirit of the festival, this is illegal,” the administration reminded in its message.